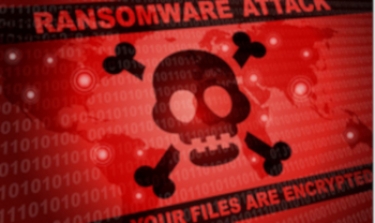 An infection of Windows systems by the Emotet malware was the precursor to the recent ransomware attack on Victorian hospitals, the Australian Cyber Security Centre says, as part of a warning that Emotet, which has been around since 2014, is being spread in Australia by malicious emails.

The ACSC named the ransomware as being Ryuk. According to the Israeli firm Check Point, Ryuk is used only for tailored attacks.

"In fact, its encryption scheme is intentionally built for small-scale operations, such that only crucial assets and resources are infected in each targeted network with its infection and distribution carried out manually by the attackers," the company said in a research note issued last year.

"This, of course, means extensive network mapping, hacking and credential collection is required and takes place prior to each operation."

In a statement, the ACSC said it had received numerous reports of confirmed Emotet infections from different industries, including critical infrastructure providers and government agencies.

Emotet is spread in Microsoft Word documents. "Macros download and install the Emotet malware when opened," the ACSC said. "Emotet can also be spread via embedded URLs in malicious emails."

It said it had heard of Emotet being spread through both untargeted bulk spam emails, as well as what appeared to be highly targeted spear-phishing emails.

According to security vendor MalwareBytes, Emotet in its initial avatar in 2014 was designed to steal bank account details by intercepting Internet traffic. A second version that appeared soon after had a number of additional modules, including a money transfer system, malspam module, and a banking module that took aim at German and Austrian banks.

The next version in 2015 had modifications to help conceal Emotet's presence. By 2018, Emotet had the ability to install other malware on infected Windows machines.

MalwareBytes cited one case where Emotet had installed ransomware in Lake City, Florida, costing the town US$460,000 in ransom.

The resurgence of Emotet this year occurred last month. "In September of 2019... a botnet-driven spam campaign targeting German, Polish, Italian, and English victims with craftily worded subject lines like 'Payment Remittance Advice' and 'Overdue invoice',” appeared, according to MalwareBytes.

The ACSC has asked anyone who requires assistance to contact ASD.Assist@defence.gov.au.

More in this category: « Kaspersky opens threat intelligence portal to wider audience FULL VIDEO: A cybersecurity roundtable looking at the reality of cybersecurity for governments, enterprises and more »
Share News tips for the iTWire Journalists? Your tip will be anonymous