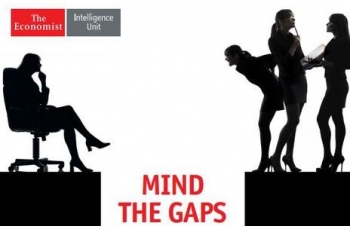 Australia is one of the faster adopters of virtualised servers, desktops, networks, and applications yet its thinking has not advanced as fast.

The Economist Intelligence Unit (EIU) research, backed by VMware, has found that there is a severe disconnect — a cyber-chasm — between what IT leaders and C-Suite leaders are thinking. And that leaves a big hole that cybercriminals can exploit. The Australian Crime Commission estimates the annual direct cost of cybercrime are as much as $17 billion or 1% of total GDP.

Raymond Maisano, VMWare sales director for software-defined data centre (SDDC), believes that while security breaches are inevitable, data centre damage can be mitigated through new approaches to IT infrastructure and network management, such as micro-segmentation.

“Forward-thinking organisations understand that the reactive security of today is no longer doing its job. They also acknowledge that people and systems can be easily bypassed or blindsided if the business lacks a ubiquitous IT architectural plan that cuts across all levels of compute, network, storage, clouds and devices. By taking a software-defined approach to IT that ensures security is ‘architectured’ into everything, these businesses have gained the flexibility required to succeed as a digital business,” says Maisano.

The only alignment seems to be the cause – cloud, BYOD, and traditional perimeter security methods will not suffice. C-Suite, in the opinion of IT security experts, is not allocating enough budget to protect the company.

VMware believes there must be a layer between physical infrastructure and applications, server virtualisation has been the most common method that covers a variety of bases, including networking, storage, cloud and devices.

"Border-based network security has proven to be somewhat effective, but with more than 70% of successful cyber-attackers gaining insider access through lost, stolen or weak credentials, it’s clearly not enough. Organisations need to look seriously at how to extend security deeper into the data centre, and with VMware’s NSX, we can offer a unique security solution at the hypervisor level," says Maisano.

Maisano spoke about a new term — micro-segmentation — or the ability to segment the network and devices so that only those who need access to a particular part of the system get it.

“When it comes to the business case, network micro-segmentation is not only operationally feasible using VMware NSX, but cost-effective, enabling the deployment of security controls inside the data centre network for a fraction of the hardware cost.".

More in this category: « I am from the government, and I am here to help you – not Gone phishing – I am an angler at heart »
Share News tips for the iTWire Journalists? Your tip will be anonymous