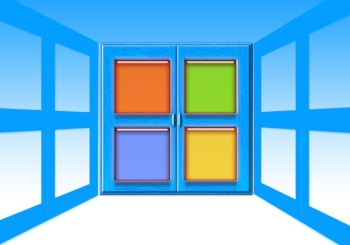 Researchers at Slovakian security outfit ESET say they have found a sophisticated backdoor used by the well-known group Turla, which has also been called Snake.

ESET's Matthieu Faou said in a blog post that the backdoor, which had been given the name LightNeuron, had been aimed at one target since 2014 - Microsoft Exchange mail servers.

Faou said that code artefacts in the Windows version had led to the belief that a UNIX version of LightNeuron also existed.

"These Unix artefacts in the Windows malware could be explained by the possible sharing of code between Windows and Unix implementations," Faou said. "Hence, the presence of these strings suggests LightNeuron exists for Linux. That would not be surprising, given that many organisations have Linux mail servers."

Three different victims had been identified - an unknown organisation in Brazil, the ministry of foreign affairs in an Eastern European country and a regional diplomatic organisation in the Middle East. 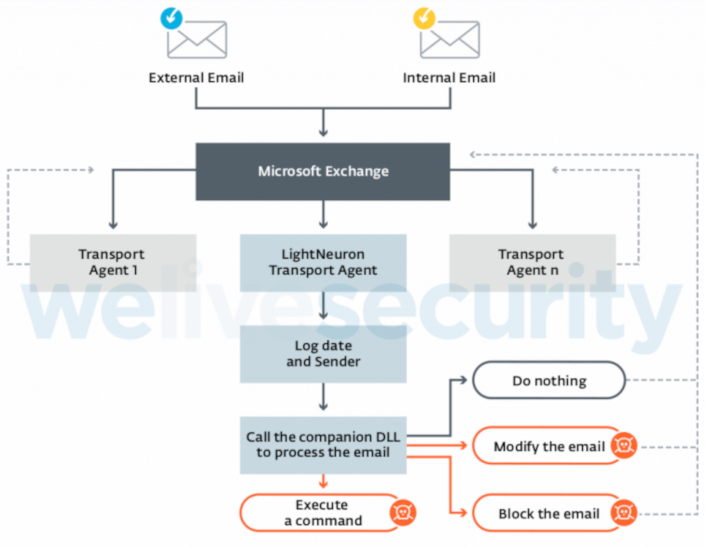 Observations that led ESET to conclude that Turla was probably behind LightNeuron were:

ESET said LightNeuron was the first malware specifically targeting Microsoft Exchange mail servers. "It uses a persistence technique never before seen: a Transport Agent. In the mail server architecture, it operates at the same level of trust as security products such as spam filters," Faou said.

The malware was able to use the transport agent to read and modify every email passing through the server, compose and send emails, and block any email.

ESET said LightNeuron used steganography to hide its commands inside a PDF document or a JPG image.

"Over the past years, we have published numerous blog posts and white papers detailing the activities of the Turla group, including man-in-the-middle attacks against adobe.com or sophisticated userland malware," Faou said.

"However, for now it seems that LightNeuron has taken up the mantle of the most advanced known malware in Turla’s arsenal.

"By leveraging a previously unseen persistence mechanism, a Microsoft Exchange Transport Agent, LightNeuron allows its operators to stay under the radar for months or years. It allows them to exfiltrate sensitive documents and control other local machines via a C&C mechanism that is very hard to detect and block."

The company has a detailed white paper on LightNeuron here which can be downloaded free.

More in this category: « Retefe banking trojan returns, takes aim at both Windows and Mac Binance cryptocurrency exchange hacked, 7000 bitcoin stolen »
Share News tips for the iTWire Journalists? Your tip will be anonymous