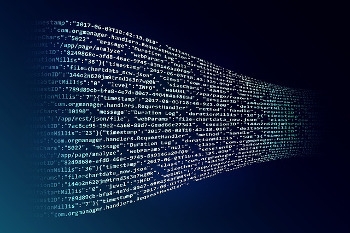 In what has become merely a quarterly recital of statistics, the Office of the Australian Information Commissioner says it was informed of 245 data breaches affecting personal information from July to September. This is three more than the previous quarter.

In a statement, the OAIC said 57% of these incidents were due to malicious or criminal attack and 37% were due to human error.

Australian Information Commissioner and Privacy Commissioner Angelene Falk said: “Everyone who handles personal information in their work needs to understand how data breaches can occur so we can work together to prevent them.

“Organisations and agencies need the right cyber security in place, but they also need to make sure work policies and processes support staff to protect personal information every day.

“Our latest report shows 20% of data breaches over the quarter occurred when personal information was sent to the wrong recipient, by email, mail, fax or other means.

“Importantly, we also need to be on the alert for suspicious emails or texts, with 20% of all data breaches in the quarter attributed to phishing."

Key statistics from the OAIC report:

The top five industry sectors to report breaches were:

Commenting on the report, David Shepherd, vice-president Asia Pacific and Japan, Bitglass, said: "Again, human error and the insider threat account for a significant percentage of the reported security breaches. Considering how prevalent the use of cloud is in Australia, it’s surprising there are no specific mentions of cloud data breaches in the report.

"One would have expected to see reference to files stored in the cloud with sharing turned on or exposed S3 buckets, or Blob storage that had been incorrectly configured. These would be down to human error too, wouldn’t they? Maybe data exposure isn’t thought of the same way as a data breach (and therefore reported), or perhaps there continues to be a visibility gap when it comes to data stored in the cloud.”

Phil Kernick, co-founder and chief technology officer at CQR, said: "The latest quarterly Notifiable Data Breach quarterly report has reported around 3.8 reports of breaches daily. This really should concern people as these are just the 'notifiable' ones that can result in serious harm.

Anshul Pandey, senior security adviser and group manager at Content Security, said: “The statistics for what caused the breaches remains similar to last quarter but what has changed is phishing attacks which have gone up from 29% last quarter to 50% this quarter. This means organisations have to do more in terms of user awareness and blocking of phishing attacks.”

Mark Sinclair, ANZ regional director, WatchGuard Technologies, said: "The report suggests that the biggest segment of reported breaches comes from the 101-1000 company size sector, highlighting the fact that Australian mid-market organisations are in the sights of hackers, probably due to the fact that there are rarely dedicated IT security staff in this space.

"We also see that phishing attacks make up half of the reported cyber incidents which can ultimately be reduced by user education, having a DNS/IP reputation-based scanner at the gateway and employing multi-factor authentication.

"It's interesting to see that the health service sector retains its place at number one for notified data breaches and also has the highest breach rate by human error. Security education of users within the health sector is a dire need and could help reduce the number of breaches if practised regularly.”

More in this category: « Australians reveal concerns about data security and identity protection: report Forcepoint alarmed over growing number of data breaches »
back to top