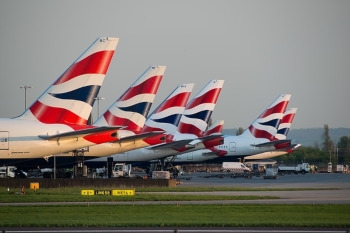 Security firm RiskIQ has claimed that the breach of the British Airways website was carried out by a group known as Magecart which was also responsible for infiltrating the Ticketmaster UK website earlier this year.

RiskIQ's Yonathan Klijnsma said in a blog post on Tuesday that the BA report on the breach had mentioned the theft of customer data directly from payment forms and this was why his company had suspected Magecart.

He said BA had mentioned that payments to its main website and mobile app were both affected and the period when they were affected was from 22:58 BST 21 August (7.58am AEST 22 August) until 21:45 BST 5 September (6.45am AEST on 6 September).

British Airways disclosed last Friday that the financial and personal details of 380,000 customers had been stolen from its site. There have been reports from another researcher that claimed the break-in was through a cross-site scripting flaw, while a second researcher pointed out that BA appeared to have changed JavaScript code on its site just the reported start of payment theft.

In the case of the Ticketmaster UK breach, which was reported in June, a third-party supplier, Inbenta Technologies, was blamed for the incident. Inbenta, in turn, said that the breach had been caused by Ticketmaster directly applying a customised piece of JavaScript without notifying its (Inbenta's) team.

To clear something up for those reporting on my latest story:

Yes Modernizr is a 3rd party library but it was self hosted on the BA servers. This means the actors modified a script on the server which makes this a direct compromise of BA infrastructure, not a 3rd party.

Klijnsma said since 2016, RiskIQ had publicised the spread of devices known as card skimmers — hidden within credit card readers on ATMs, petrol pumps and other machines where people paid with credit cards — to steal credit card data. "Magecart uses a digital variety of these devices," he added.

RiskIQ has infrastructure set up to detect Magecart hits, but the BA breach did not register because the digital skimmer had been heavily customised. But after checking individual scripts on the BA website, Klijnsma said the RiskIQ researchers had found a modified version of the Modernizr JavaScript library, version 2.6.2.

The script was loaded from the baggage claim information page on the BA website; it had been changed right at the bottom in order not to break functionality. This made RiskIQ suspect that it could be the means of theft.

The modification dates of the two scripts — the original safe one and the newer malicious one — showed when people had started getting their payments stolen.

A ton of people have been asking us about confidence on Magecart for British Airways as it 'doesnt look like the older stuff'.

Magecart is not 1 group, Magecart is the umbrella name for multiple groups in fact. We'll have a large report in a month or so explaining the timeline.

Outlining what the malicious script did, Klijnsma said:

"This means that once a user hits the button to submit their payment on the compromised British Airways site, the information from the payment form is extracted along with their name and sent to the attacker’s server. This attack is a simple, but highly targeted approach compared to what we’ve seen in the past with the Magecart skimmer which grabbed forms indiscriminately.

"This particular skimmer is very much attuned to how British Airway’s payment page is set up, which tells us that the attackers carefully considered how to target this site instead of blindly injecting the regular Magecart skimmer."

Klijnsma suggested that those who suspected they were part of the 380,000 affected customers should obtain new credit cards right away.

More in this category: « Portal flaw leads to some NDIS users losing money Apple throws out Trend Micro apps for uploading user data »
Share News tips for the iTWire Journalists? Your tip will be anonymous