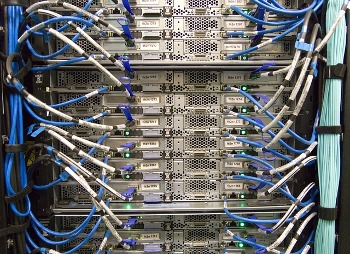 Human resources outfit PageUp People has been publishing information about a massive data breach it suffered on a section of its website, but not linking to it from its home page.

Tech consultant Ian Brightwell, who is also an adjunct lecturer in computer science at the University of New South Wales, told iTWire that he had found more information about the breach than that which was linked off the home page, because one of three notices he received had provided a link to the new page.

He said he had taken an interest in the breach because of his background in IT and didn't think that the advice offered by PageUp — to change one's passwords — was sufficient.

The page that had not been linked off the front of PageUp's website is headlined "Information for potentially affected individuals". It also provides a link to the actual filing about the breach by the company.

Brightwell said the flow of information from PageUp had been highly inadequate. Merely mentioning that malware was responsible, as the company did initially, was insufficient, he said.

Instead, one needed to know what kind of malware it was and how it had gotten onto PageUp's systems. Was it due to inadequate protection on the system, a misconfiguration or lack of security practices - these were all important questions that needed answers, he pointed out.

Since 19 June, PageUp People has published nothing about the breach on the page where it initially provided information, having revealed very little about it prior to that as well, after first breaking the news of the breach on 6 June. The company has said it first noticed the intrusion on 23 May.

Brightwell also said that PageUp's claim that they were unable to determine whether data had been exfiltrated did not sound convincing at all. The extent of access, the time, the destination of data, all could be ascertained by looking at logs, he said.

And, he added, given that the PageUp site was hosted on Amazon Web Services — and many companies and even individuals were opting to go in for cloud services these days — it was necessary to know whether the PageUp breach had been due to its host's security practices or its own security faults.

This was something that the IT world needed to know so as to learn from the incident, Brightwell said.

He is readying a complaint to be filed with PageUp about all these aspects, "not a legal complaint", he said.

Additionally, Brightwell has filed a Freedom of Information request with the Office of the Australian Information Commissioner to obtain details of all breaches that have been notified after the breach law took effect on 22 February.

On Monday, the head of cyber law at Sladen Legal, Helaine Leggat, told  iTWire that the secrecy around the PageUp breach may be in order to set a precedent for future breaches.

More in this category: « CyberArk details hole in Google APIs on eve of search giant's security blitz Warnings of rising security threat to utilities »
Share News tips for the iTWire Journalists? Your tip will be anonymous