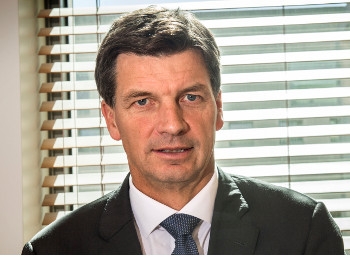 The head of a small cloud company that was knocked back by the Australian Signals Directorate when it sought to gain Protected cloud status for its offering says the cyber security minister has promised to have the company's case reviewed.

Jeremy Sadler, the chief executive of Secure Collaboration, told iTWire that the company had had a "great meeting" last week with Angus Taylor, the Federal Minister for Law Enforcement and Cyber Security.

"He has promised to refer us to the ACSC (Australian Cyber Security Centre) for review," Sadler said.

"I am waiting for a call from (ACSC chief) Alastair MacGibbon or a deputy. No promises of course, but as least they have listened to us and acknowledge that the process failed us and that we should at least get another chance."

The story of how Sadler's company had been knocked back by the ASD — despite meeting the desired criteria — came to light after he posted details about it on the Web.

According to what he outlined, it appears that the ASD is bending the rulebook when it comes to the granting of Protected cloud status, favouring multinational American companies and knocking back smaller Australian outfits that meet the desired criteria.

A fortnight before the ASD awarded Microsoft the coveted Protected cloud status — which means the US company can now host top-secret Australian Government data — the agency knocked back Secure Collaboration's application.

This rejection was despite the fact that Secure Collaboration is already providing secure cloud services to seven Federal Government agencies since 2014, including Defence, Finance, ASIC and DFAT.

The Microsoft certification came with a number of fiats, with the ASD issuing a consumer guide in which it said: "Residual risks …… can be reduced through agency implementation of additional configuration and security controls”. It also said the ASD was “working with Microsoft to ensure general compensating security control blueprints are made available".

The Redmond-based outfit was allowed to have staff from outside the country administer systems on which Protected data would be stored – even though other companies which enjoy Protected cloud status are not allowed to do so.

Sadler told iTWire that his impression after meeting Taylor was that the minister "genuinely wants fair competition in the marketplace".

"We will have to wait an see what happens of course, but we couldn't ask for more at this stage," he added.

iTWire contacted the Australian Labor Party and the Australian Greens for comment soon after the story about Secure Collaboration was published on 8 June. Labor said it did not wish to comment while the Greens did not respond.

More in this category: « Australia launches cyber defence competition for high schools Kaspersky Lab says no negative vibes yet from Australian Govt »
back to top