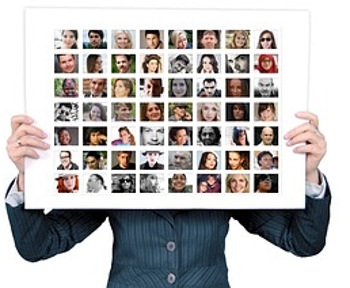 Former Washington Post employee Brian Krebs, who runs a site claimed to be dedicated to security issues, has come under fire from users of a German image board pr0gramm.com after he revealed details about several admins and moderators in an article which claimed to identify who was behind the cryptocurrency mining service Coinhive. This is known as doxxing.

But the users of pr0gramm.com did not retaliate against Krebs; as his name literally means "cancer" in German, they started a donation blitz to local cancer research organisations. This was first reported by the website Bleeping Computer.

Coinhive has a script that can be used to mine the monero cryptocurrency. It has been found embedded in many sites by malware authors.

Another choice bit from today's story on #Coinhive: "Somewhere along the way, however, Moench ditched the priest idea and decided to become a spammer instead." https://t.co/QvV1vwFkHF

"The man hired used a machete to hack to death Moench’s parents & the family poodle. Moench later explained his actions saying he was upset his parents bought him a used car for his 18th birthday instead of the Ferrari he’d always wanted." More: https://t.co/QvV1vwFkHF

Krebs' long and tortuous article claimed to probe "who and what is Coinhive." But after identifying the individual whom he claimed was behind the script, Krebs then included lurid details about one Matthias Moench who was the first owner of the domain pr0gramm.com – even though the article said "Mr Moench is only tangentially connected to this research".

Krebs took a drubbing on the Hacker News website, with one user commenting: "I think uncovering the person/company behind Coinhive is not a bad idea. However, in doing so, Brian Krebs did several extremely questionable decisions and moves:

"Publishing material by users he knew had trolled him to further the agenda that this is a right-wing site (it is not, the site has a huge fan base of Bernie Sanders and other leftist politicians).

"Look at his tweets and headlines (on Vice Motherboard for example) that are used to promote the story: They are almost exclusively focusing the the Matthias Moench part, which is completely irrelevant to pr0gramm, Coinhive, and even the mindmap."

As iTWire has reported, Krebs last year quietly took down a story he had written purporting to uncover the people behind the Shadow Brokers group who leaked a number of NSA exploits on the Web. No reason was offered for this takedown and it was mentioned only at the very end of a story he wrote about the arrest of a Vietnamese American who pleaded guilty to taking masses of NSA material home.

Comments were not allowed on this article, presumably to avoid criticism of his earlier claim. The allegations about the identity of the Brokers were fed to Krebs by a Washington DC-based security firm, InGuardians, a fact he mentioned only in the 30th paragraph of his story.

More in this category: « US moves to dismiss Kaspersky case against software ban New cyber security laws beef up infrastructure protection, says Macquarie »
Share News tips for the iTWire Journalists? Your tip will be anonymous