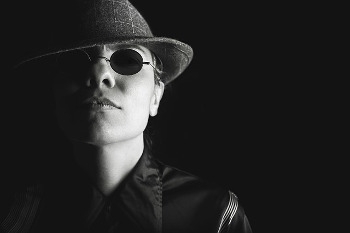 The US has warned Australian Prime Minister Malcolm Turnbull not to allow Chinese telecommunications giant Huawei to supply equipment for any future 5G networks, indicating that there are security risks involved.

The Australian Financial Review  reported that Turnbull, who is on a visit to the US, was told of Washnigton's concerns about Huawei when he met the head of the NSA, Mike Rogers, and the secretary of the Department of Homeland Security, Kirstjen Nielsen, on Friday.

Turnbull was told that Huawei's involvement in any project carried the risk of cyber espionage, and that Chinese spying was among the top two risks on the cyber security agenda of the US-Australia partnership.

An official who was involved in the talks was quoted as saying: "When you control telco networks, you can control everything."

According to the AFR, Huawei is part of a working group drawn up by the Department of Communications which includes other suppliers and carriers that will help to roll out 5G technology.

And following this, Verizon was reported to have yielded to pressure from the US Government to stop selling Huawei devices.

Earlier this month, US intelligence chiefs warned against the use of Huawei equipment, with the head of the FBI, Christopher Wray, telling a US Senate hearing: “We’re deeply concerned about the risks of allowing any company or entity that is beholden to foreign governments that don’t share our values to gain positions of power inside our telecommunications networks."

The UK, which is one of the members of the Five Eyes intelligence sharing network that includes Canada, the US, New Zealand and Australia, works with Huawei and recently said it would continue to do so.

But Australia denied Huawei any role in supplying equipment to the country's national broadband network project about six years ago, following advice by ASIS, one of the spy agencies.

And last year, Australia put pressure on the Solomon Islands to drop Huawei as the main contractor for an undersea cable project. The project was later awarded to the Vocus Group.

Vodafone and Optus partner with Huawei in Australia. Telstra, the country's dominant telco, does not.

Huawei, along with Nokia, Ericsson and another Chinese vendor, ZTE, are among the few companies that have the technology to take part in a 5G rollout.

More in this category: « Counterfeit code-signing certs more prevalent, but cost a deterrent Intel hid CPU bugs info from govt 'until public disclosure' »
Share News tips for the iTWire Journalists? Your tip will be anonymous