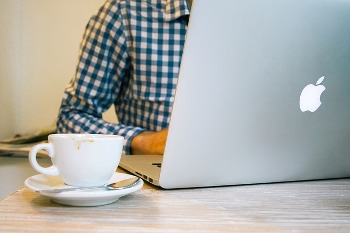 The data of Apple customers in China will come under the control of a state-owned company from the end of the month, with the American firm set to hand over the operation of its iCloud data centre located in mainland China to Guizhou-Cloud Big Data.

Apple's role after 28 February will be limited to investing US$1 billion for building a data centre in Guiyang, where GCBD is located, and providing technical support for preservation of data, the Hong Kong Free Press website reported.

GCBD is a state company solely owned by the Guizhou Big Data Development and Management Bureau. It is also supervised by Guizhou Board of Supervisors of State-owned Enterprises.

The company was set up in November 2014 with registered capital investment of 235 million yuan (about US$37.5 million).

The Hong Kong Free Press report, written by Lo Shih-hung, a professor in the College of Social Sciences at National Chung Cheng University, said: "Apple Inc. has not explained the real issue, which is that a state-owned big data company controlled by the Chinese government will have access to all the data of its iCloud service users in China.

"This will allow the capricious state apparatus to jump into the cloud and look into the data of Apple’s Chinese users."

The report said that iCloud users in China would, over the next few days, receive a notification from Apple to agree to new service terms for using the cloud storage.

The new terms would read: “If you understand and agree, Apple and GCBD have the right to access your data stored on its servers. This includes permission sharing, exchange, and disclosure of all user data (including content) according to the application of the law.”

Apple's public statements have been limited to saying: "This will allow us to continue to improve the speed and reliability of iCloud in China and comply with Chinese regulations.”

But the report pointed out that there was no need to hand over operation of iCloud operations in China to a local company, leave alone a state-controlled firm.

The only requirement imposed by the Chinese Government was the data of users in China should be stored within the country's borders.

Referring to the fact that Apple had fought the FBI over providing access to the date on an iPhone back in 2016, the Hong Kong Free Press said: "Apple Inc. and Tim Cook, who had once stayed firm against the US government, suddenly have become soft in front of Chinese government.

"Faced with the unreasonable demand put forward by the Chinese authorities, Apple has not demonstrated a will to resist. On the contrary, it is giving people the impression that it will do whatever needed to please the authorities."

More in this category: « US gives up bid to extradite UK hacker Love Data breach law: 60% of businesses 'unaware of basics' »
back to top