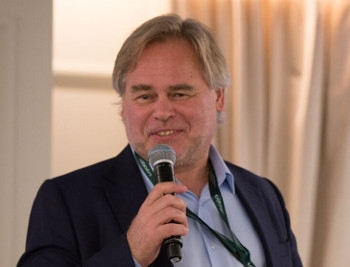 Kaspersky Lab has taken resort to the American legal system again, in its bid to get the ban on its products, promulgated by the Department of Homeland Security in September, rescinded.

The company filed a lawsuit in the US District Court for the District of Columbia on Monday, claiming that the ban, which was codified in the National Defence Authorisation Act for the fiscal year 2018, is unconstitutional.

In December, Kaspersky filed an appeal against the ban, to which the DHS responded, arguing that in its opinion the restriction should not be lifted.

The US ban came in the wake of allegations that Russia had interfered in the 2016 US presidential elections.

A number of mainstream media reports have claimed that Kaspersky was connected to Russia's spying on the US.

In the lawsuit, lawyer Ryan Fayhee and Steven Chasin said the NDAA states that "effective October 1, 2018, '[n]o department, agency, organisation, or other element of the Federal Government may use... any hardware, software, or services developed or provided, in whole or in part, by… Kaspersky Lab'."

The company said this part of the NDAA was introduced and adopted hastily in the context of mounting animosity against Russia due to the claims that it had interfered in the US presidential poll in 2016.

It claimed that, "Congress violated the foundational principle of separations of powers by circumventing the judicial process and enacting an unconstitutional bill of attainder in direct contravention of Article I, Section 9 of the US Constitution (the 'Bill of Attainder Clause' or'Clause').

"The Bill of Attainder Clause forbids Congress from enacting laws which impose individualised deprivations of life, liberty, and property and inflict punishment on individuals and corporations without a judicial trial.

"The Clause ensures that Congress accomplishes legitimate and non-punitive objectives by establishing rules of general applicability which do not specify persons to be sanctioned."

When the DHS filed its response to the Kaspersky appeal, it said that lifting the ban would not mean anything as the prohibition on Kaspersky software had now been codified in the NDAA.

By filing this lawsuit, the company seems to have decided to tackle this argument, by questioning whether the US Constitution allows Congress to pass laws based on incidents for which there is little or no evidence.

As the ban against Kaspersky is codified in sections 1634(a) and (b) and the NDAA, the company asked for these two sections to be declared unconstitutional. It also sought invalidation of these sections and any other relief deemed to be just and proper by the court.