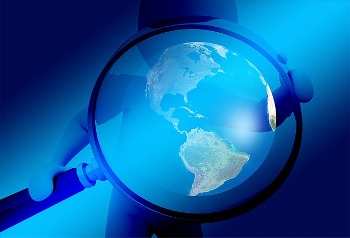 The US Government has brought pressure to bear on Verizon and forced the telecommunications firm to give up the idea of selling any phones made by Chinese firm Huawei, including the recently released Mate 10Pro, a report claims.

The Verizon move comes after AT&T dropped a deal to offer Huawei devices on its plans earlier this month.

Shortly after that that there was a report that AT&T was coming under governmental pressure to cut all ties with Huawei, the biggest global maker of telecommunications equipment, and also to oppose a bid by telecommunications operator China Mobile to enter the US market, due to alleged national security concerns.

Citing people familiar with the matter, Bloomberg reported that while Huawei devices would still work on the networks of both US companies, ideas for direct sales had been dropped.

The US moves come amidst a renewal of allegations about Chinese spying activity directed against Washington. Recently, the US said it was redrafting its military strategy to focus on what it claimed were threats from China and Russia, with terrorism taking a backseat.

There are unconfirmed reports that Huawei is planning a Mate Pro10 model that will work on 5G networks, the next step on the road to faster telecommunications. Both Verizon and AT&T are said to be in close competition to be the first to take advantage of the new standard.

Recent reports hinted that the US Government was thinking of setting up a 5G network, but such reports have been cast into doubt.

In December last year, a bill was introduced by Republicans Michael Conaway and Liz Cheney to prevent the government from doing business with Huawei or ZTE, the latter being a Chinese telecommunications and systems and equipment firm.

In 2012, the US Congress issued a report that raised concerns about state-sponsored spying related to products made by Huawei, the biggest global maker of telecommunications equipment. The company has denied any such involvement. It lost a deal with Sprint as a result of the report.

Last year, Australia put pressure on the Solomon Islands to drop Huawei as the main contractor for an undersea cable project.

The Vocus Group has now been asked to carry out a scoping study to implement what is known as Project Honiara.

iTWire has sought comment from Huawei about the Verizon issue.

More in this category: « Access governance 'critical for corporate security' Illawarra man held over car-sharing firm hack »
Share News tips for the iTWire Journalists? Your tip will be anonymous