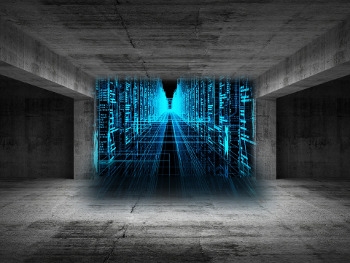 A security company has found data belonging to the US Army Intelligence and Security Command in a publicly accessible Amazon Web Services S3 repository.

INSCOM is a joint US Army and NSA Defence Department command that collects intelligence for US military and political leaders.

But UpGuard, the company that made the discovery, said that most of the data could not be accessed without connecting to Pentagon systems.

The discovery was made on 27 September by UpGuard Cyber Risk Research director Chris Vickery who has made several such findings. There were 47 files and folders in the main directory, three of which could be downloaded.

UpGuard said the biggest of the files was an Oracle Virtual Appliance file that had a virtual hard drive and Linux-based operating system which could be browsed in their functional states.

The metadata of files indicated that many of them were marked Top Secret and NOFORN - the latter meaning that they should not be shared with non-Americans.

There were also indications in the metadata that "the box was worked on in some capacity by a now-defunct third-party defence contractor named Invertix", UpGuard said.

Private keys used for accessing distributed intelligence systems, belonging to Invertix administrators, as well as hashed passwords which, if still valid and cracked, could be used to further access internal systems, were also in the system.

There were also files for use with Red Disk, a Pentagon cloud intelligence programme that has had problems in becoming fully functional.

In the past, UpGuard has found misconfigured Amazon Web Services S3 buckets leaking data from the Pentagon, global corporate consulting and management firm Accenture, publisher Dow Jones, a Chicago voter database, a North Carolina security firm, and a contractor for the US National Republican Committee.