Zero-day flaw around, but Microsoft updates delayed by a month Featured 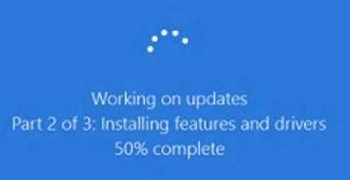 A zero-day exploit for all versions of Windows was released two weeks ago, but Microsoft does not appear to be seized of this, announcing that it will release security updates which were meant for this month on 14 March.

On Tuesday, the company said it was putting off releasing any updates for February due to what it said was "a last minute issue that could impact some customers".

In an updated blog post on Thursday, the company said: "We will deliver updates as part of the planned March Update Tuesday, March 14, 2017."

The zero-day exploit in question implements a SMB3 server and clients connecting to it would be affected.

February was to have been the month when Microsoft switched to a new system of updates, jettisoning the 13-year practice of issuing separate, detailed bulletins for each update and releasing them on the second Tuesday of each month.

Instead, the company is switching to a system where those looking for information will have to search a database.

The Internet Security Centre's Johannes Ulrich noted the change in dates for the updates, saying it was "probably overall the least disruptive solution at this point".

However, commenters were not so sanguine, with one writing, "So no February patch Tuesday... but why? If Windows update has been compromised (server or client side) the potential impact is huge. Remember flame?"

Another said: "No evidence, only speculation. But I think this indicates the infrastructure to support the switch from MS##-### bulletin system must have encountered major problems. If there was a patch with major issues they would just postpone that patch."

And a third commented: "So, the Adobe Flash critical update has been released for Chrome and Firefox, but has been held up for IE due to Microsoft. Anyone else concerned that this could allow for the reverse engineering on one platform to give insight into how to construct an attack on another?"

More in this category: « Yahoo! reports yet another data breach OpenSSL project releases patch to fix critical bug »
Share News tips for the iTWire Journalists? Your tip will be anonymous