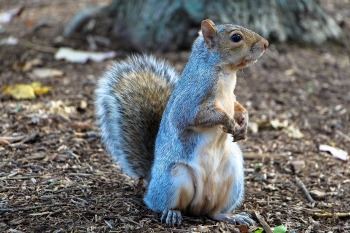 If any country wants to prevent what is being touted as cyber war, then it would be better off destroying squirrels rather than spreading FUD about electricity grids and attackers, a former black hat hacker told a security conference last week.

Cris "SpaceRogue" Thomas, a former member of the L0pht Heavy Industries hacking collective and now a researcher with Tenable Network Security, blew the claims of many sky-high with a 19-minute presentation at ShmooCon, an annual convention for hackers held on the east coast of the US.

Thomas, who is also the creator of the Whacked Mac Archives, said squirrels, jelly fish, slugs, caterpillars and frogs had caused far more outages than any malicious attack ever had, citing data that he had collected as part of a project known as Cybersquirrel1 which he had initiated in 2013.

He said his goal in setting up Cybersquirrel1 was to "counteract the ludicrousness of most of the cyber war claims made by 'cyber war hawks'."

Contributing to this project was Brian Martin aka Jericho, a well-known researcher who is part of Attrition.org. Both Jericho and Thomas specialise in exposing what they describe as the FUD and hype around IT security.

Thomas's presentation, entitled "35 years of Cyberwar: the squirrels are winning" cited numerous reports of alleged hacking into power grids and subsequent outages, practically all of which had been proved to be false.

But, on the other hand, he pointed to reports where animals, squirrels foremost, had been shown to have actually caused power outages.

Initially, Cybersquirrel1 was just a Twitter feed, using Google alerts to obtain data. But later the project expanded once Jericho joined, and the data obtained has grown by leaps and bounds, with Jericho breaking out data to levels that highlight the ludicrous claims about cyber war. (See chart on right below).

Thomas cited former US counter-terrorism co-ordinator Richard Clarke's definition of cyber war: "Actions by a nation state to penetrate computer systems for purposes of causing damage", and said this excluded a lot of things that people today were claiming as cyber war. 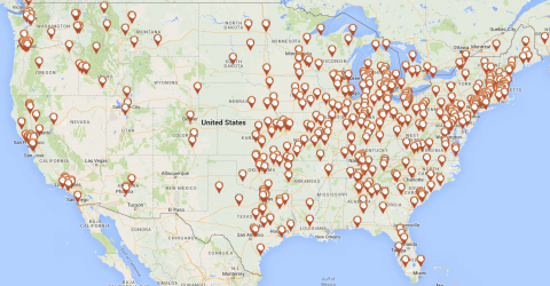 A map of squirrel attacks on the US power grid created as part of the Cybersquirrel1 project.

He pointed out that the US Air Force Electronic Warfare Centre was set up in 1975, which led to the title of his talk wherein he dated cyber war as going back at least 35 years. 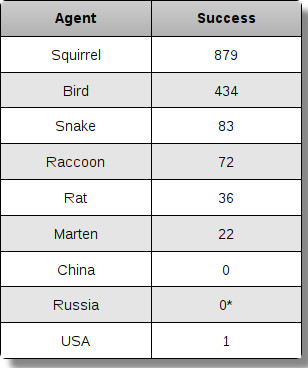 He cited many news reports which hyped up the likelihood of cyber war, and also detailed several reports of cyber attacks that were later found to be false. One of these was the claim of power outages in Brazil in 2005 and another was the BT pipeline explosion in Turkey in 2008.

One more incident he cited was the failure of water pump in Illinois in 2011. The presence of a Russian IP address in the logs led to the FBI trumpeting it as a Russian cyber attack. But, said Thomas, what actually happened was that an IT contractor who had responsibility for the pump was on vacation in Russia; he remotely connected to the pump to see what had happened. His IP was in the logs and led to all the bogus reports by Wired, The Register and even ace security reporter Brian Krebs.

The dam's power connections were broken; someone from Iran had done a portscan and hence it became an Iranian act of cyber war.

More in this category: « There is always a catch with free Wi-Fi Money for nothing: IT employee's demand after sacking »
Share News tips for the iTWire Journalists? Your tip will be anonymous