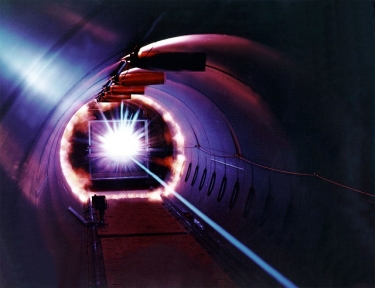 NeoPhotonics Corporation, a developer of silicon photonics and advanced hybrid photonic integrated circuit-based lasers, modules and subsystems, announced its new radiation tolerant version of its nano ultra-pure light tunable laser which has been designed for use in low earth orbit satellite communications applications.

NeoPhotonics says its current nano-ITLA laser is in high volume production for terrestrial fibre optics applications and is used by many of the optical networking companies in their coherent pluggable modules and high-speed embedded systems. This new radiation tolerant laser introduces enhancements including an adaptive approach to achieve extended lifetime operation of the proven Nano laser hardware in a radiation flux environment to enable reliable operation in space without compromise to performance and stability.

These satellite-to-satellite communications links are now shifting from micro-wave to coherent optical technology, taking advantage of the vast increase in transmission capacity developed for terrestrial fibre optic communications, where 800Gbps is now regularly transmitted on a single wavelength, the company added.

While coherent communications technology is now highly advanced, space is a hostile environment for the electronics and related hardware used in telecommunications, largely due to radiation impacts from galactic cosmic rays, high-energy particles from the sun, and particles trapped by the earth’s magnetic field. Special ‘radiation hardened’ electronic devices, which are more robust than those typically used on the ground, are often used to mitigate these issues, but they can add significantly to cost. For the lasers used in coherent communication, the control electronics are often more vulnerable to these radiation effects than the laser itself, NeoPhotonics commented.

One example of the laser control subsystem electronics which is particularly vulnerable to ionising radiation is the memory (RAM and FLASH) that microprocessors rely on. While radiation effects on memory can be lessened by using special packaging or by more expensive hardware components, the effects of ionising radiation on memory corruption can also be mitigated by incorporating radiation tolerant software enhancements, resulting in greatly improved reliability, recovery and resilience, as has been demonstrated during laboratory testing designed to simulate low earth orbit conditions, the company stated.

NeoPhotonics chairman and CEO Tim Jenks said, “NeoPhotonics has been a leader in the design, development and high-volume production of ultra-narrow linewidth tunable lasers for coherent communications over the last decade, and we are excited to offer our high performance to the exciting new application of satellite communications.

“We have used our long experience and deep understanding of lasers technology to develop an innovative software-centric approach to radiation tolerance that speeds time to market, while maintaining performance and limiting costs,” concluded Jenks.