In Melbourne, the Moon will rise in near-total eclipse tonight Featured 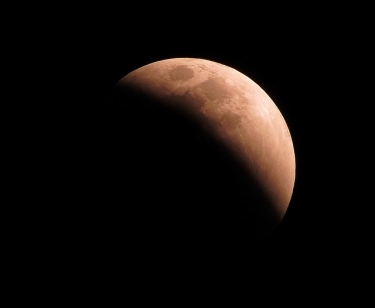 Image by Ponciano from Pixabay

Look to the east at sunset tonight (November 19th) and you will see the Moon rising in near-total eclipse.

The Earth casts a shadow and whenever the Moon's orbit takes it through that shadow, we refer to the event as an eclipse. This requires the Moon's orbit to take it through the cone of shadow, something that only happens occasionally. We refer to a total lunar eclipse when the moon is entirely within the umbral shadow cone and a partial lunar eclipse when the orbit has only part of the Moon within the shadow zone. 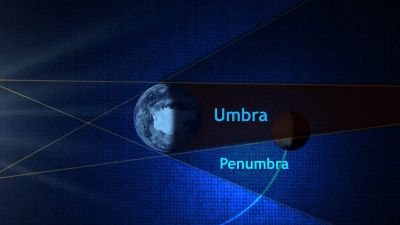 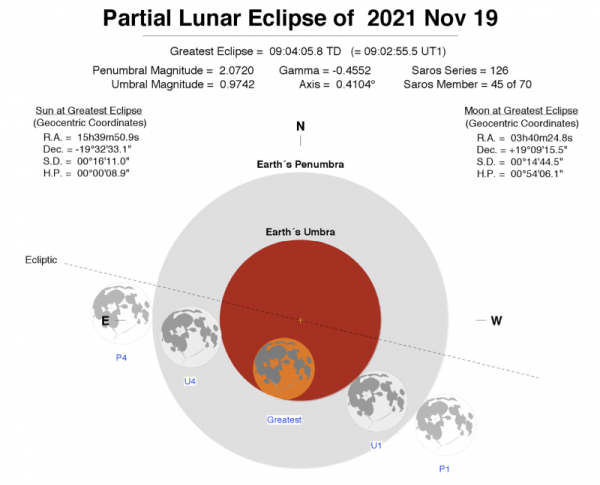 Tonight's eclipse is almost total – with a peak of 97% of the moon within the umbra.

Because the Moon's orbit is not circular, the amount of time it spends in the shadow will depend on its distance from Earth. For this eclipse, the Moon is very close to its farthest distance away and thus the eclipse will have a duration longer than normal.

Translated to local time for Victoria, Tasmania and New South Wales, this is 6:18pm, 8:03pm and 9:47pm; 30 minutes earlier in South Australia, 1 hour earlier for Queensland and 3 hours earlier for Western Australia. Of course the further west you move, the later is the moonrise – Perth will only see a brief duration.

For Melbourne residents, the Moon will rise at 8:09pm, meaning it will be just a few minutes past maximum eclipse as it rises.

North America and the northern Pacific will have the best view, with the entire eclipse visible; while Africa, Eastern Europe and the Middle East will see none of it.

May your skies be cloud-free.