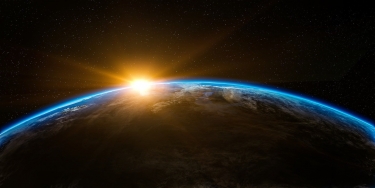 HPE experimented with real-time data processing and testing of new applications to prove reliability in space to add autonomy for astronauts.

“We are proud of this ongoing work, which has already resulted in 24 completed experiments, from various organizations, demonstrating new possibilities for space exploration and milestones for humanity,” says Dr Fernandez.

The solution is comprised of HPE’s edge computing solutions, the HPE Edgeline Converged EL4000 Edge system, which provides a rugged and compact system that performs well in harsh environment, and the HPE ProLiant DL360 server, which targets a range of workloads, including edge, HPC, and AI.

The solution demonstrates how astronauts can be more self-reliant when processing data directly on the space station, in real-time, bypassing longer latency and wait times that occur when relying on sending raw data to Earth to be processed, analysed, and sent back to space.

Enabling faster computing and shorter download times to Earth with 20,000X speed-up
SBC-2’s edge computing capabilities have the potential to allow astronauts to send data to Earth whether to be analysed or used in another way, at a radically compressed size and faster speed.

HPE claims that with SBC-2, researchers onboard the space station can process that same data in six minutes to gather insights, compress it to 92 KB and send it to Earth in just two seconds, 20,000x faster.

Spaceborne Computer-2 completes 24 experiments using in-space edge computing and AI
Since it was deployed in the ISS, Spaceborne Computer-2 ran dozens of experiments by processing data at the edge, in real-time, organisations developing capabilities for space exploration such as Axiom, Cornell University, Comucore, Microsoft, Nasa, and Titan Space Technologies. Example experiments include:

Experiment focused on increasing human safety and self-sufficiency by using AI-enabled damage detection in astronaut gloves - Astronauts on the ISS are often on spacewalks where they repair equipment, install new instruments, and upgrade features and functions on the space station. They wear essential gloves that can experience natural erosion, along with even rips and cuts, that can pose concerns. To address this, Nasa, HPE, and Microsoft experimented with the gloves and processed it using Spaceborne Computer-2’s AI-enabled capabilities. The glove analyser model, jointly developed by Nasa and Microsoft, was then used to rapidly look for signs of damage on-orbit, in space. If damage is detected, an AI-annotated photo is generated in space and immediately sent to Earth, highlighting areas for further review by Nasa engineers.

Automatic interpretation of satellite imagery after a disaster – Nasa Jet Propulsion Laboratory (JPL) observes Earth from space to study science and climate, as well as support disaster response. Using Spaceborne Computer-2 with embedded processors, Nasa JPL tested several deep learning inference networks to automatically interpret remote sensed images from land and structures after a disaster. For example, two techniques use radar data from the UAVSAR platform: determine flood extent, such as from a hurricane, and to determine urban building damage, such as from an earthquake.

Enabling 3D printing in space with validated software - To increase self-sufficiency by enabling additive manufacturing for humans traveling beyond low Earth orbit (LEO), Cornell Fracture Group, research arm of Cornell University, developed a modeling software that can simulate 3D printing of metal parts and even predict any failure and deformation that may result when printing in the harsh condition of space. The software was tested on Spaceborne Computer-2, validating that it can be used in space to digitally simulate a part and understand how it will perform in reality.

Expanding network capability on the ISS with a 5G core prototype – Cumucore, a private mobile network solution provider, tested its 5G core network, along with RAN emulators and other features, on Spaceborne Computer-2, to emulate current capabilities on the base station and end user devices. The validation demonstrated the potential to install 5G capabilities on selected satellites.

Developing software codes to calculate fuel requirements based on space travel distance -- As part of its initiatives to support students in Stem research, HPE opened up Spaceborne Computer-2 to students in India involved in Codewars, an educational community and competition for computer programming. The projects largely focused on developing code using C++, Python and Fortran, with one involving C++ Pythagoras theorem code to calculate how much fuel is needed for given space travel distance to directly travel to without requiring refuelling.

This first appeared in the subscription newsletter CommsWire on 8 April 2022.