Australia to launch its own Space Agency Featured 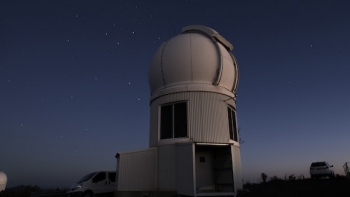 Australia is to establish its own space agency with the federal government set to announce plans for the agency as it looks to cash in on the growing global space industry estimated to be worth $400 billion.

A commitment to establish the space agency was announced by the Acting Minister for Industry, Innovation and Science, Senator Michaelia Cash on Monday at the International Astronautical Congress which is being held in Adelaide.

The announcement follows a recommendation for the national space agency from a review announced by Industry Minister Arthur Sinodinos in July.

State and Territory governments have been urging the federal government  to establish a space agency over several months and there has been no indication yet as to where the agency will be headquartered and where launch operations will occur.

"The global space industry is growing rapidly and it's crucial that Australia is part of this growth," Senator Cash said.

"A national space agency will ensure we have a strategic long-term plan that supports the development and application of space technologies and grows our domestic space industry.

"The agency will be the anchor for our domestic coordination and the front door for our international engagement."

Labor welcomed the government’s announcement that it will establish the space agency and its plans to increase Australia’s share of the global aeronautical industry worth more than $400 billion.

The Opposition spokesman for innovation, industry and science, Kim Carr, said the move was overdue, given Australia is one of only two OECD countries without a dedicated space agency.

“We’re only receiving about 0.8 per cent of the global space industry at this time, and that’s because we’ve failed to actually take advantage of the enormous opportunities that the $420 billion industry is actually creating around the world,” Senator Carr said on ABC radio.

A government-established Expert Reference Group, chaired by former CSIRO Chief Dr Megan Clark, is now focusing on writing a charter for the Space Agency and will deliver its full report to the government in March next year.

And in an open letter to the government Flavia Tata Nardini, chief executive of nanosatellite space-tech start-up Fleet, has called on the Australian Government to create a dedicated Australian Space Agency as part of the Space Activities Act reform, saying that Australia can’t afford not to have an agency.

"The next industrial revolution is going to be driven from space, and so to future-proof Australia's economic prosperity, we have to be a part of that movement today." Nardini says.

Nardini points out that Australia is "amazing" at space research, but our commercial application of the sector needs work.

"Australia's role in space must be on our national agenda if we are to truly capitalise on the opportunities it presents," Nardini says. "The sector is quickly growing and will become a key part of any nation with a successful innovation agenda in the coming decade."

And coinciding with the government’s announcement, Fleet  and the French space agency CNES  today announced that they would enter into a strategic collaboration with CNES to track and support Fleet’s first nanosatellites once launched.

A Memorandum of Understanding (MoU) between the two organisations will be signed today.

“Partnering with a leading international space agency puts us in a strong position for the future,” said Nardini.

“The support of CNES comes at a critical phase in our space mission. The relationship will play a key role in ensuring that the digital nervous system we’re creating for Earth succeeds. They will also serve as a valuable asset as we begin to connect organisations to our network.”

“Fleet is a leader in the Australian NewSpace scene, building on the small satellite revolution to provide the world with innovative connectivity solutions. As one of the greatest challenges in space applications today, this is also something we are looking into closely. Joining forces with Fleet has therefore emerged as a natural development.”

As part of this relationship, CNES will use its network of ground communications antennas to track Fleet’s two nanosatellites that will be launched in 2018. CNES’ support will include orbital diagnostics to characterise the satellites’ orbits.

ANU Vice-Chancellor Professor Brian Schmidt said the national university was central to Australia’s space industries through its strengths in space engineering and technology, and through the University’s national leadership in space research.

ANU is home to the Mount Stromlo Observatory and the world-leading ANU Research School of Astronomy and Astrophysics (RSAA), where Professor Schmidt conducted his Nobel-Prize winning research into the expanding universe.

“ANU is a national resource with leading facilities which drive Australia’s research, as well as space industry and technology,” Professor Schmidt said.

And ANU is a partner in the Giant Magellan Telescope project and has collaboration agreements with the European Southern Observatory, as well as close associations with leading research institutions and space agencies around the world.

In addition, ANU is also home to a $20 million Co-operative Research Centre which is tracking and cleaning up hundreds of thousands of pieces of space debris which orbit Earth and which the centre says pose serious risks of collision with satellites, space stations and other space craft.