Hold for the operator: Why the COVID-19 crisis has made contact centre agents more important than ever 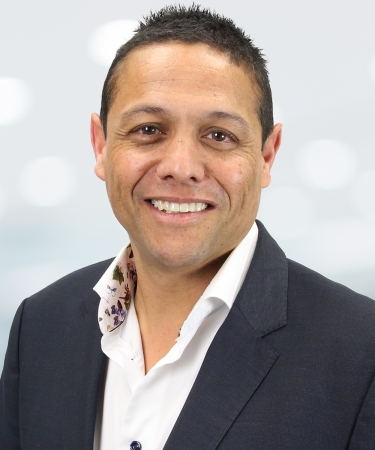 The COVID-19 crisis has thrust contact centres into the spotlight, here in Australia and around the world. While not traditionally considered frontline workers, contact centre agents have been exposed to much of the fear, uncertainty and doubt generated by the pandemic.

When events unfold rapidly, and individuals’ circumstances change apace, one of the things that happens is people get on the phone. In droves. That’s why a string of Australian organisations were forced to boost their contact centre headcounts back in March.

They included Telstra and Services NSW, both of which hired an additional 1000 agents to help field the surge in enquiries which began shortly after the pandemic was declared.

Meanwhile, shutdown restrictions designed to slow the spread of the virus, and the economic pain they continue to inflict, have resulted in a spike in the number of calls made to financial institutions and utilities.

It’s good to talk – but not to a chatbot

Robotic automation – the technology which powers Interactive Voice Response menus and chatbots – has had something of a chequered history in the call centre.

Initially hailed as a game changer, its popularity has fluctuated, as companies weigh the efficiency and productivity gains it can deliver against its inability to deal with exceptions and nuance – and the negative customer sentiment that shortcoming can generate.

For many Australian businesses, its limitations are likely to have been thrust into sharp relief during the coronavirus crisis. Excellent as these tools are for handling straightforward enquiries and transactions, they’re no substitute for a human being when circumstances are complex and emotions are heightened. Both are likely to be if, for example, a customer is calling to request their mortgage payments be deferred – something more than 400,000 Australians had done by early May, according to the Australian Banking Association.

That’s when people want to talk to a real person – one who has the training and knowledge to understand why they’re calling, get to grips with their issue and help them find an acceptable resolution.

It’s at this point that an experienced – and empathetic – team of agents comes into its own.

Contact centre agents do more than resolve tricky issues. They can also be an enormous asset when it comes to retaining customers; an imperative in recessionary times, when new business is scarce and consumers are collectively pulling in their belts.

They’ve certainly done so since the COVID-19 crisis began. According to NAB’s Monthly Business Survey: April 2020, forward orders continued to fall in March and business confidence is now significantly worse than it was during the 1990s recession.

The relationships agents have established with regular customers, and the goodwill that accompanies them, can help keep buyers on the books and ordering from you, even if it’snot in the same volumes, or at the same frequency, as they did in better times.

When money is tight, customers are also more likely to shop around for a better deal.

Agents who are trained in retention strategies, such as identifying ways to save money by switching to an alternative product or offering a loyalty discount, can prevent them drifting to the competition at a time when you need them most.

In tough times, it pays to look after your frontline workers

Historically, contact centres have been known for high rates of churn, with agents typically tiring of the often-repetitive nature of the role or burning out, after bearing the brunt of customer ire, one too many times.

But a disgruntled and transient workforce is not who you want to be representing yourbusiness on the frontline in tough times. Treating agents as well as you’d like them to treat your customers can help you to build a cohesive, high quality team that sticks around and is an asset to your business.

You’ll do so by providing a safe and congenial working environment, where agents receivehigh quality equipment, training and support – and one in which the difficult role they perform is acknowledged and celebrated. As you navigate the challenges of a post-coronavirus economy, they’re investments you can ill afford not to make.

More in this category: « CSIRO team finds lab-grown cells can be used to study respiratory viruses Bowen describes COVIDSafe app as a waste of $2 million »
Share News tips for the iTWire Journalists? Your tip will be anonymous