The price of electricity around the world Featured 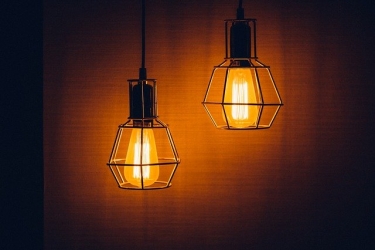 Image by xegxef from Pixabay

A recent report maps the price of electricity in every country around the world.

This data might be of some interest to bitcoin miners and owners of data centres in their decision-making process to determine suitable locations, although typically, 'big-pipe' access to the internet is poor in the cheapest countries, thereby limiting interest.

Cable.co.uk has spent the past six months analysing 3883 energy tariffs in 230 countries. They found that the cheapest electricity is in Libya (at US$0.007 per KWh) and the most expensive in the Solomon Islands (US$0.692 per KWh).

Regionally, the former USSR states were cheapest on average, while the top 20 countries were exclusively located in Near East, Asia, Former USSR, north Africa and sub-Saharan Africa.

According to a spokesperson, "Clusters of more expensive countries in which to buy electricity tended to be in small island nations where electricity is harder to generate and/or there are no large scale power stations.

"Conversely, the cheapest places in the world to buy electricity tend to be countries where either oil and gas prices are very cheap (I.E. countries which produce fossil fuels on a large scale), or where household electricity usage is very small and therefore tends not to require a lot of expensive infrastructure."

The spokesperson further noted that "Most Caribbean nations are in the more expensive half of the study results. Curaçao is the most expensive in the Caribbean with an average of USD 0.419, while an average one KWh in Puerto Rico is eight times cheaper at USD 0.049. The Caribbean consists of island nations where electricity generation tends to be more difficult.

Most 'developed' nations were positioned in the middle to lower part of the list.

Our own region (Oceania) is the most expensive, in the main part due to the use of relatively expensive diesel generation in smaller countries.

The full report, data set (in .xlsx format) and an interactive map are available here.