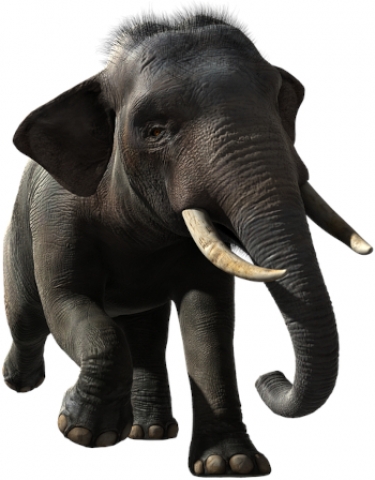 A research team which includes a scientist from Flinders University has devised a means of analysing very small amounts of DNA to identify the origins of old ivory, a development that could be used to thwart international ivory poachers.

The researchers are Nitchakamon Suwanchatree, Phuvadol Thanakiatkrai and Thitika Kitpipit of the Prince of Songkla University in Thailand and Professor Adrian Linacre of Flinders University. They have published a paper on their findings in the International Journal of Legal Medicine.

A statement from Flinders University said the analysis could be used to identify the origin of pieces of ivory as far as location was concerned, which would show areas where poachers were active.

Asked how location could be derived from DNA analysis, Prof Linacre told iTWire: "A very small section of a part of the mitochondrial DNA was used. This region, called the cytochrome b gene, is used in taxonomy for species assignment.

"There are very small differences that can separate species and these were developed into a test with sensitivity 0.003 ng (3 picograms of DNA). Testing 227 ivory samples all could be identified to either the Asian elephant or one of the two African elephants.

"Because a small section of DNA was used, this effected the information within, so it could determine it was not any other mammal, but was an elephant and either Indian or African in origin."

The University statement said elephant populations had been reduced due to the poaching of ivory. While trade in elephant products was protected by national legislation and the Convention on International Trade in Endangered Species of Wild Fauna and Flora, there were loopholes that allowed poaching to carry on unhindered.

Under Thai law it is illegal to buy and sell ivory from African elephants but ivory from Asian elephants can be owned if the authorities give permission. This is why the DNA test is significant as it can show the origin of an ivory sample.

"This means the enforcement of legislation needs to classify the legal status of seized ivory products,” said Prof Linacre. “Many DNA-based techniques have been previously reported for this purpose, although these have a limit of detection not suitable for extremely degraded samples. Now, this new technique has made a great leap forward.”

During their experiments, the scientists tested DNA from aged ivory and for reproducibility, specificity, and, importantly, sensitivity. Blind testing of 304 samples resulted in 100% identification. It also resulted in correct assignment in the legal status of 227 highly degraded, aged samples within the test cohort, underlining the accuracy of the process.

Prof Linacre said successful tests would have international implications for the illegal trafficking and poaching of ivory.

“This research output — which is part of our continuing analysis of forensic DNA technology to accurately analyse smaller amount of DNA — will be beneficial to help analyse ivory casework samples in wildlife forensic laboratories, and ultimately help to identify ivory poaching hotspots," he said.

More in this category: « Agtech firm raises $267,000 in first week of crowdfunding campaign Australian researchers find bees that have adapted vision for foraging at night »
Share News tips for the iTWire Journalists? Your tip will be anonymous