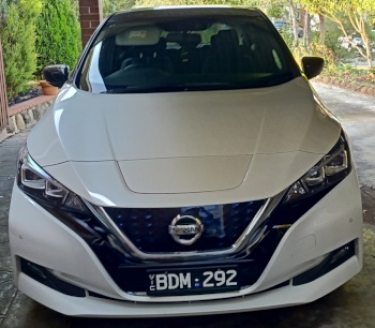 The front view of the Nissan LEAF. Photo: Sam Varghese

COMMENT With a fair amount of media coverage in recent times focusing on the future use — or non-use — of electric vehicles in Australia, I thought it might be a good idea to provide a perspective from an actual user.

Much of what I have read is from publicity material provided by the companies that sell EVs, while another load of articles comes from those who review cars. This is not to say that there is a lot of fiction in this mass of material, but merely that the perspective of a user is always different.

This is not a review; I am the last person who is technically qualified to write one. It is just my musings about using an EV for the past eight months, what I perceive as the pros and the cons. Your mileage may vary.

The decision to write about my Nissan LEAF was taken in part because I have seen just three other EVs on the road in the time that I have been driving it: one MG and two Teslas. And all those were spotted during the last 30 days.

This is not surprising, given that the take-up rate is so low; official statistics say there are something in the range of 20,000 EVs in the country. Maybe my experience will help someone decide either way. Or it may be a waste of time to read what follows. 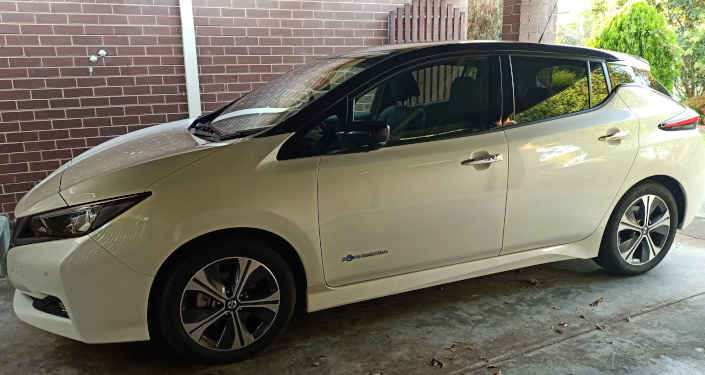 Whenever there is something written or discussed about EVs, the focus is generally on the price. To some extent this focus is justified, because there are numerous families and individuals who cannot afford to raise the amount needed to buy an EV for personal use.

But for many others, it is a matter of priorities; and people are often willing to give up some things in order to buy others. Many prioritise annual holidays or foreign trips or even fancy clothes and cannot do without these. For people in this category, it depends on the value you attach to owning an EV. As an aside, I haven't bought any new clothes for the last five years.

Though the initial outlay is high, over the long term one will definitely save money, due to the much lower running and servicing costs. For those who are conscious of the damage they do to the environment, again it is a net positive as one American study has shown. 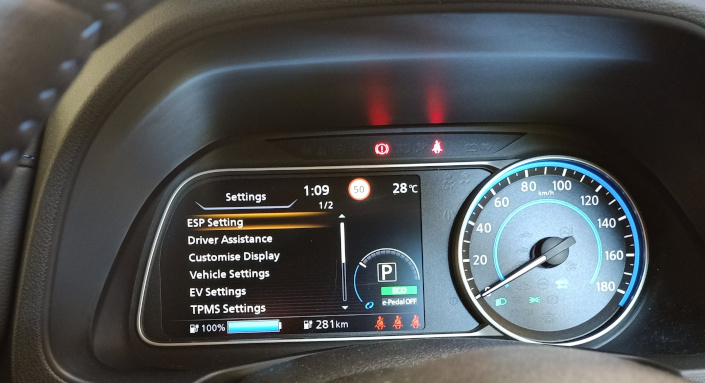 A full charge of the LEAF gives anything from 263km to 300km.

Another issue that is much discussed is the range that one gets from an EV, with the fact that there is a lack of charging stations a major inhibitor. This is a typical chicken and egg situation and only when there is increased take-up will the owners of shopping centres and other venues where people tend to congregate install charging units.

Once again, the MG ZS gives 263km, the LEAF about 270km, the Hyundai Kona about 485km and the BMW model approximately 260km on a full charge.

Now to some personal observations. I was fortunate to buy my LEAF just before the lockdown last August. That meant the negotiations over price for a showroom model were much easier than if I had gone to the showroom during a period when sales were at their normal level (however low that is). 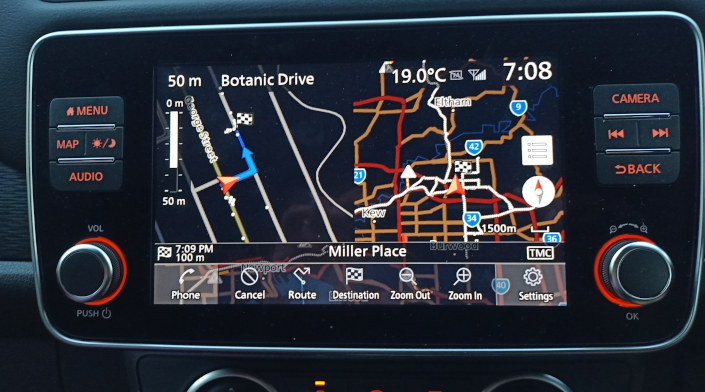 The navigation interface on the LEAF is a little cluttered.

There are three ways to charge the LEAF: a charging cord with a standard Australian plug comes with the car, one can get a charger put in for about $2000 or else one can use a charger at the dealership. It takes about 24 hours, six hours and between an hour and two respectively to charge using these three options. I have never used the home plug-point option as a company that installs chargers put one in for me despite the lockdown. I have yet to charge the LEAF outside my house.

One has to be conscious of how much charge is left after each trip and recharge when needed, if one wishes to take advantage of discounted electricity rates – which, for me, are between 11pm and 7am on weekdays, the whole weekend and public holidays. The LEAF has an economy mode and when this is switched off, it is much easier to maintain higher speeds, say 120kmph and above.

But even charging at the normal rate does not really hit one hard in the pocket. According to one review, "At a rough electricity cost of $0.28 per kWh, the LEAF should only cost around $10 to charge to capacity, and there are no consumables like oil to replace." The average cost of a tank of petrol for my former car used to come to about $65, with a range of about 2½ times what the LEAF gives me.

The LEAF has a 40kWh battery-powered motor which transmits 110kW/320Nm to the front wheels; it can accelerate from zero to 100km/h in 7.9 seconds. 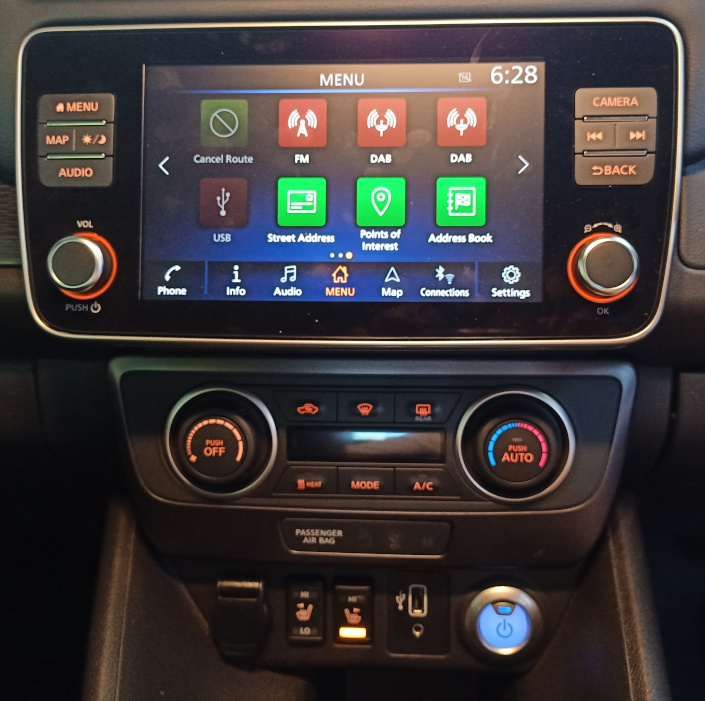 Plus it has a five-year/unlimited-kilometre warranty and an eight-year/160,000km warranty for the battery were the latter to start losing its charge. There is a mode in which one can drive without having to use the brakes for the most part.

There are some peculiarities about the LEAF too. For one, there is no way to open the boot from within the car. Then, with all the fancy electronics around, the parking brake is a somewhat crude mechanical lever. The airflow from outside seems somewhat constricted and try as I can, I have not been able to find the equivalent of a little switch to bring in fresh air the way I did with my previous petrol vehicles. As the vehicle is built in the UK, the levers for indicators and wipers are on the opposite sides as in other Australian cars.

But the biggest bugbear is the navigation system. The menus indicate that there is voice guidance, but it doesn't seem to work. And the maps are somewhat cluttered. This is one thing I never inquired about before buying, reasoning (mistakenly as it turns out) that a decent navigation system was a standard fitting on all new vehicles these days. It isn't. 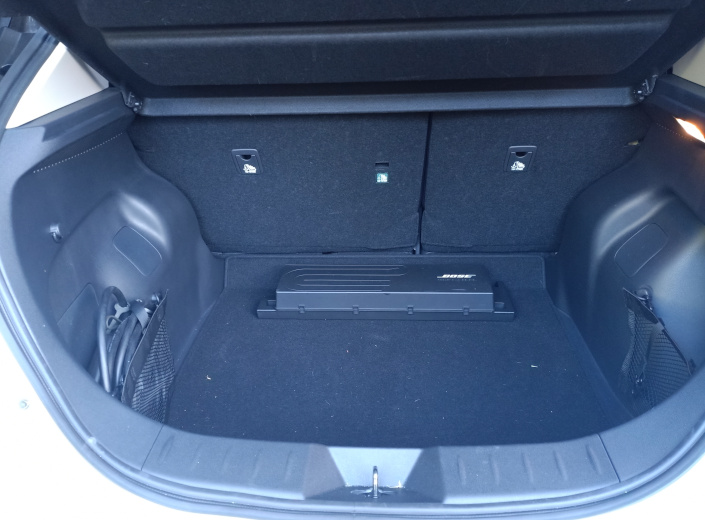 The LEAF has a spacious boot.

The workaround is to plug in a phone — either an iPhone or an Android device — and use the navigation systems that come with these devices. The LEAF is compatible with both.

So should you take the plunge? Or should you wait? EVs have been around long enough that the technology is not that much of a risk. But then personal likes and dislikes are what will decide in the end. Waiting for government incentives to help in a purchase will be like waiting for Godot. 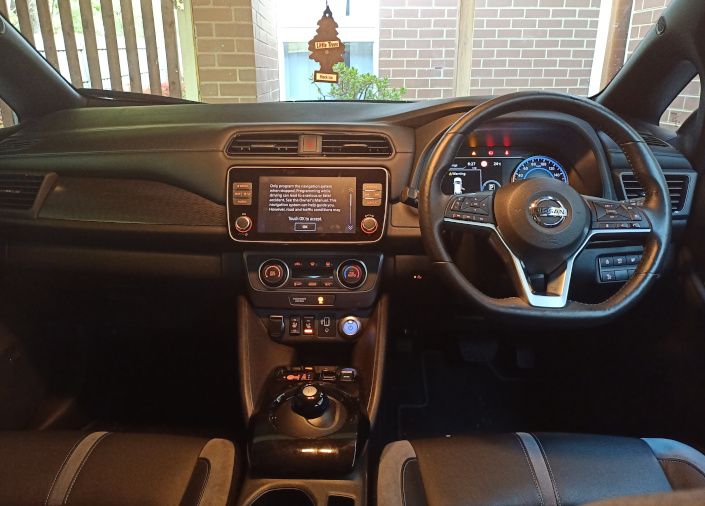 The seats are well-designed and comfortable. Photos: Sam Varghese

More in this category: « Federal Labor to offer EV subsidies while Vic Labor taxes them Indian engineer claims he can reduce vehicles' carbon footprint »
Share News tips for the iTWire Journalists? Your tip will be anonymous