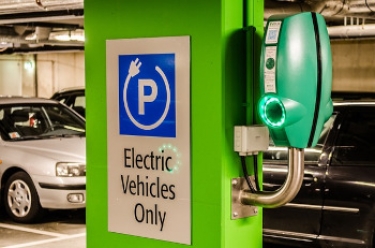 Image by Stan Petersen from Pixabay

Australian electric vehicle sales have picked up in 2021 compared to the previous year, with 8688 vehicles sold in the six months to June, compared to 6900 for the whole of calendar 2020.

A report from the Electric Vehicle Council, a lobby group for the sector, said a majority (76%) of last year's sales were battery electric vehicles, with the remainder being plug-in hybrid vehicles.

Despite the growth this year, only 0.12% of the light vehicle fleet in Australia was electric, the report said, adding that while NSW and Victoria were home to most of these EVs, the ACT was ahead on a per vehicle basis (0.31% electric vehicle fleet penetration), followed by South Australia (0.16%).

Thirty-one EV models from 12 manufacturers were available in Australia now, compared to 28 in July last year. Fourteen models cost less than $65,000, up from eight last year.

The report pointed out that manufacturers were sending more plug-in hybrid vehicle models (17) than battery electric vehicle models (14) to Australia, with the biggest vehicle segment being the SUV,  reflecting internal combustion engine vehicle purchasing behaviour in the country. 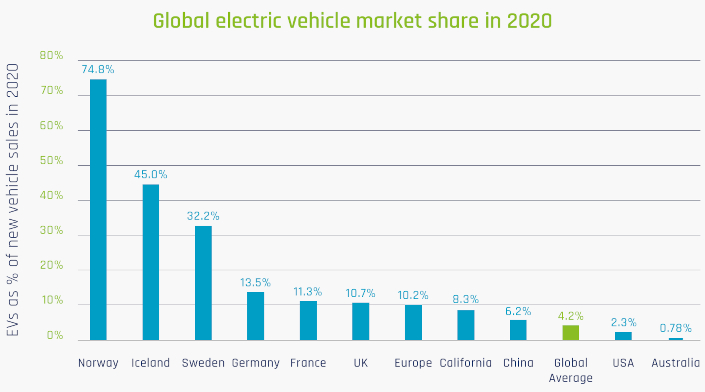 The 30-page report, which can be downloaded free here, contains information about the models available in Australia, charging stations and different government policies on EVs.

"At a federal level, we are continuing to see a lack of leadership and action on electric vehicles," said EVC chief executive Behyad Jafari. "After promising a national strategy two years ago, the Federal Government has failed to deliver.

"We have also seen how state governments can put in place policies that actively worsen the playing field for electric vehicles."