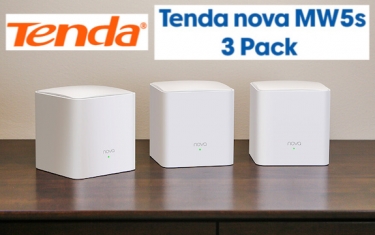 If poor Wi-Fi coverage in your home has left your connectivity in a not so beautiful mess, then Tenda's beautiful mesh network Wi-Fi system provides a surprisingly affordable and extremely easy to set-up answer.

Tenda. Founded in 1999 in China's answer to Silicon Valley, Shenzhen, it has been in Australia since 2018 with products and services that have challenged market leaders on price, value and technological capabilities.

Powered by Tenda's true mesh technology, each node automatically connects to the other, creating a distributed network throughout your entire home.

Available exclusively from the Officeworks online store, the Tenda nova MW5s is available in a 3-pack covering 300 square metres at an astoundingly affordable $179. 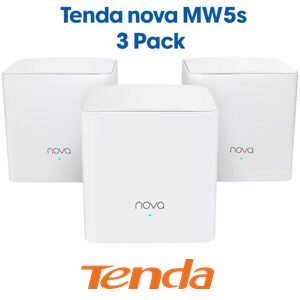 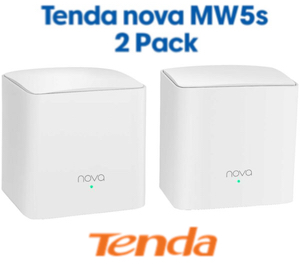 Anyone purchasing a Tenda product at Officeworks online before February 20, 2020, will also receive the Tenda Beli SP3 smart Wi-Fi Plug, valued at $19.95, via redemption from Tenda.

The primary node features gigabit ports, getting the most out of your 100 Mbps or greater broadband service and ensuring smooth playback of 4K videos. The three pack comes with two secondary nodes, and by using the freely downloadable Tenda app for iOS or Android devices, set-up is effortlessly easy and takes only a few minutes.

Now, I've set up and used D-Link COVR, Netgear ORBI and Linksys VELOP Wi-Fi Mesh networks, and it has to be said that all are very easy to set up, each also coming with an app that gets you up and running in just minutes.

However, where Tenda's MW5s wins is absolutely on price and value.

Of course, it must be said that different mesh networks from different vendors promise varying amounts of coverage, with each of the competitors I looked at claiming to offer larger coverage areas than the Tenda MW5s, but unless you're actually living in a large house to start with, this may not be an issue.

If it is, you can simply buy another MW5s 2-pack or 3-pack to dramatically expand coverage, as Tenda explains at its FAQ page here.

It also has to be said that some of the competing products offer integration with smart assistants, so you can ask Alexa what the guest Wi-Fi password is, for example, while Google itself has its own new mesh Wi-Fi network that has the Google Nest smart speaker built-in to its nodes.

So, while some competitors do include a built-in smart speaker in an attempt to be seen to be adding value, you are paying a much higher price for the privilege. Given how inexpensive smart speakers are these days, be they from Amazon or Google, you can easily save a stack of cash buying Tenda's currently available MW5s product and easily afford to purchase several smart speakers with the savings - if you don't have them already!

So, what was the experience like for me in setting up the Tenda MW5s?

Well, as I've already explained above, it was effortlessly simple. I opened the packaging, and saw the quick start guide which guided me to download the Tenda Wi-Fi app. I followed the instructions to connect the primary node to my router using the supplied ethernet cable and to power. Once this was up and running, which took just a couple of minutes, I proceeded to place the second node into another room in a different part of the house, but not too far, plugging into power and thus turning it on.

I was thus able to get a solid Wi-Fi connection into that furthest room, which wasn't getting a Wi-Fi signal before, and on the TV in that room I was able to easily stream Netflix, Foxtel Go, YouTube and more, all in high quality and without any issues - which is exactly what a mesh Wi-Fi network is supposed to deliver.

As noted earlier in this article, this mirrored the extreme simplicity I encountered in setting up the D-Link COVR, Linksys VELOP and Netgear ORBI mesh network systems, showing that mesh networking technology has definitely matured and is suitable for every home that needs much greater coverage than a standard home Wi-Fi router is able to deliver.

I remember just a few years ago of only hearing about mesh wi-fi networking technology, with none on sale in stores in Australia, and yet now, they're everywhere - and thanks to Tenda - at amazing prices that makes it extremely affordable for anyone to enjoy the benefits of true mesh networking at home, in small businesses or anywhere you need to inexpensively yet reliably expand Wi-Fi coverage.

Please note, Tenda's products can only be ordered from the Officeworks online store, whether for delivery to your door, or via Click and Collect which lets you collect the product from your closest chosen Officeworks location.

Tenda is also offering its customers a free voice-activated smart plug, the Tenda Beli SP3 smart Wi-Fi Plug, valued at $19.95, for anyone that purchases a Tenda product via Officeworks before February 20, 2020, via redemption from Tenda. 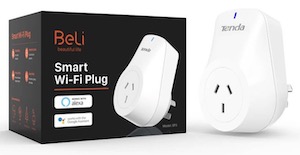 This smart plug connects to a regular power outlet, and has a pass-through letting you connect any appliance, like a fan, light or anything else, and works with Amazon Alexa and Google Assistant over Wi-Fi, and lets you use your voice to turn the appliance connected to the smart plug on or off.

Tenda also has other excellent value products available at Officeworks online, including: 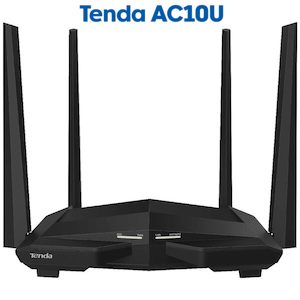 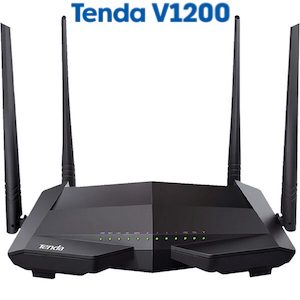 So, if you feel the need, the need for more Wi-Fi speed and coverage, then I have no hesitation in recommending you check out the Tenda nova MW5s for yourself at Officeworks here.

The nova MW5s site at Tenda has even more detail on how the system works, and is definitely worth taking a look at.

The full specifications can be seen here, while a great series of FAQs and downloads can be found here.

You can also see a video review of the Tenda MW5s from the UK embedded below as well.