Data breach book: practical advice on how to handle aftermath of a break-in 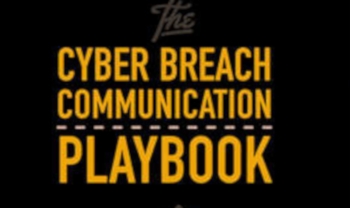 Peter Coroneos, a well-known figure in Australian IT circles, and brand consultant Michael Parker have put out their Cyber Breach Communication Playbook at an opportune time, a few months after Australia began enforcing a data breach law.

Both authors are pragmatic about the possibility of a breach; their stance can be summed up in the words, "it's not whether, but when". And, accordingly, their book, which is an excellent read, concentrates on advising businesses the best way to react after the deed has occurred.

This book is not a guide as to how one should secure a data store; it is a practical guide as to how one can continue to exist in a competitive environment after a data breach has occurred. The language is not stilted as in most books on this subject; it is like a brisk winter's day in Melbourne and does not beat about the bush. It is also a convenient size and can be easily carried around, even in a handbag.

The best way to learn is from others' mistakes, and with this in mind Coroneos and Parker list 14 breaches, all of which have received more than a few abrasive headlines:

That quote above comes from the authors' comments about the Australian Electoral Commission's voting security flaws, which earned the organisation a D-minus grade.

The criteria used to give the 14 breaches grades are:

And these criteria are applied according to three factors: an independent analysis of the publicly sourced facts, reports and official statements; the favourability, duration and extent of media commentary; and the findings of any subsequent investigations or public inquiries.

The Australian Bureau of Statistics earned a D-minus for its efforts during the 2016 census, while PageUp People scored a C-minus.

Of the PageUp breach, Coroneos and Parker wrote: "... we suspect officials decided to take advantage of PageUp's timely response to illustrate that an organisation which understands, and acts in accordance with the underlying policy intent of the laws, should be supported."

This shows that the authors also understand the inner workings of regulators when it comes to breaches; by general standards, the PageUp breach has been a major disaster, and has been criticised by both technical and legal professionals.

The authors do not adopt a hectoring tone, nor do they try to talk down to the reader. This is a good book for those in business who want to know what to do when they see those dreaded words on their mobiles at 6am: "The website has been hit."

The Cyber Breach Communication Playbook retails for $39.95; details are here.