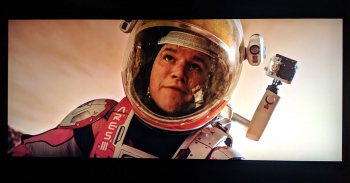 Samsung has finally made a genuinely great, all-round TV. Is it even a better buy than LG's all-conquering OLED?

Samsung spent a fortune buying market share in recent years, but we always found its TVs wanting. Now we find ourselves wanting its TVs. Has Samsung suddenly made the best TV on the market?

A short, recent history of TVs

A short, recent history of the TV market reads like this. LG invented OLED TVs and they were amazing with their genuine, true blacks and vibrant colours. Meanwhile, everyone else created flavours of LCD TV, which couldn't compete for quality, but often could on price. The notable exception here was the original, generation-one version of Hisense's Series 7 ULED TV which somehow managed to produce stunning colours while maintaining almost-true blacks – all at a giveaway price. But that's gone now.

However, then the TV manufacturers decided that High Dynamic Range (HDR) was the most important thing in the TV world and many LCD TVs got worse. Most seemed to think the best way to improve contrast was to ramp-up the brightness to achieve higher details in dark areas. In doing so they ruined true-black performance and set the TV world back a year or so.

During this time, LG's OLED has ruled supreme and even licensed its technology to the likes of Panasonic and Sony. The same manufacturers continued to release rear-lit TVs throughout this period but all of them had a habit of creating distracting halo-effects – over-illuminating small areas of detail on the screen to create bright patches where there shouldn't be any or illuminating letter-box bars to the detriment of top-quality movies.

In all this time, Samsung didn't seem to care much about contrast and achieving true blacks. Its top TVs got super-bright but looked bad in dark rooms. Why is all of this relevant? Because Samsung may have just made the best TV in the world.

What about LG OLED?

It's still borderline-impossible to pick flaws in LG's picture performance. But now there are reports of the TVs suffering from image burn-in – a killer flaw which seriously afflicted its predecessor technology, the plasma TV. While it's hard to quantify and doesn't yet appear to be widespread, it's certainly appeared on some TVs and that suddenly makes people think twice about investing heavily in a long term member of the household. Meanwhile Samsung is offering a 10-year no burn-in guarantee with its new QLED TVs. That's a comforting thought if you're going to spend so much.

Our favourite tests for putting a TV through its paces involve the opening scenes of The Martian including the pre-film, studio credits. From the opening of the Fox Searchlight segment and seeing that there was virtually-no light-bleed into the letterbox bars, we knew that the contrast we saw at the product launch was no fluke: they stayed black despite blooming light right next to them. 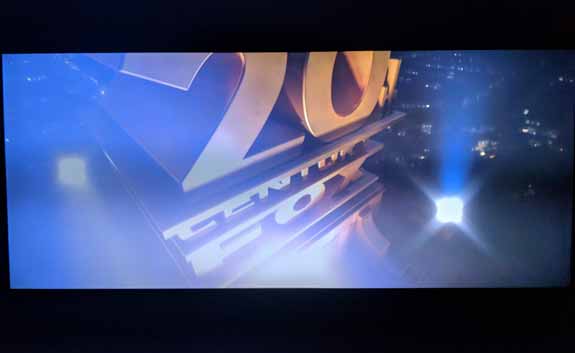 The Samsung Q9 got off to a good start: fending off searchlights and maintaining true-black letterbox bars.

On occasions where a solitary, bright object was present on an otherwise-black screen, there was some (inevitable) light bleed, but it's probably the least we’ve seen from any rear-lit LCD TV and wasn't distracting. A very minor issue was panning through space, on some viewings and not others, when remote star clusters exhibited some very-minor fluttering as the 480 backlight-zones worked out what they were supposed to do. However, this only appeared in one picture mode out of the many we tested. 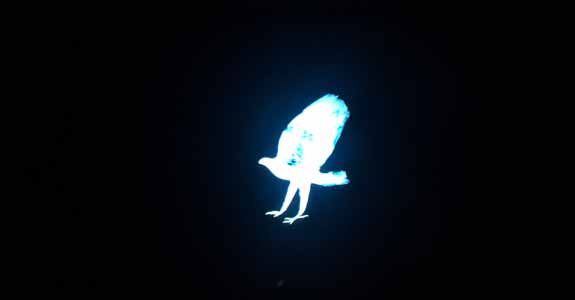 It's very difficult to photograph this icon in a dark room. The camera has actually exaggerated the low-grade halo effect caused by the backlighting.

And that's a first issue. Samsung has many "default" settings on this TV, but also many Expert Settings. We actually found that our favourite picture appeared when turning most of the "enhancements" off or to "Low" settings, but much will depend on personal preference. Some listed 'improvements' made motion a bit juddery while others washed out colours or contrast. This generally happened to very minor degrees and most people will happily stick with out-of-the-box settings but enthusiasts will want to tinker to get the picture just-so. At this point, it's worth remembering that LG's OLED is pretty-much perfect out-of-the-box whatever you watch. 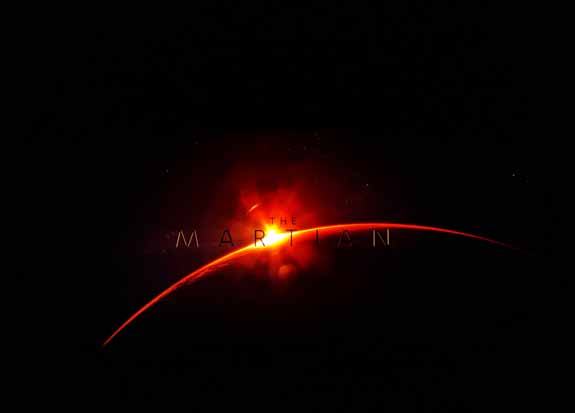 Nonetheless, it was very rare to be able to detect any detrimental effect on the true-black nature of letter-box bars: whether it was with the latest 4K Blu-ray movies or on 4:3, 480p movies which positioned them at the sides. In short it's the best contrast performance we've seen from any top-end LCD TV. 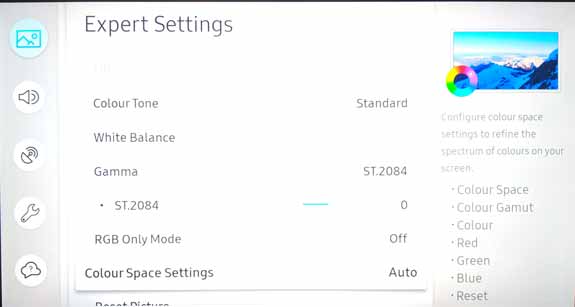 The Expert Settings are extensive and allow a great deal of tinkering.

We've been very impressed with the colours that QLED can display. Essentially the whole gamut is capable of popping off the screen only now it does that right next to true-blacks. Even the most technical 4K showreels looked amazing in terms of saturation and vibrancy. 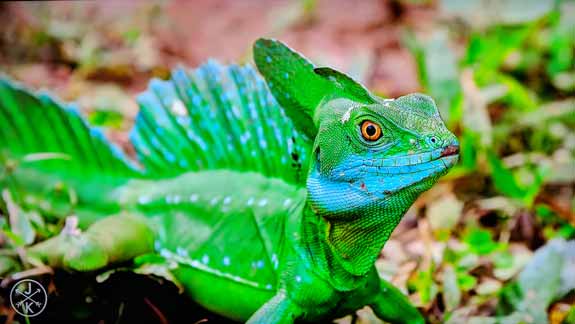 The 4K 60fps Costa Rica show reel in YouTube is a great way to show off colours, motion and detail.

An old Achilles heel of Samsung's has been its upscaling prowess. If you only ever watch Standard Definition TV or movies – which is not normally through choice, but availability in Australia – then there are better TVs to be had. But while Samsung's rivals have bunched into an ever-more-cramped pack at the front of the race, Samsung is now just a couple of steps behind. It could still be better, but It's not bad. As to whether it matters much nowadays, what with so much High Definition and Ultra-High Definition content available across broadcast TV, Blu-ray, Netflix and Amazon Prime, depends on the reader. 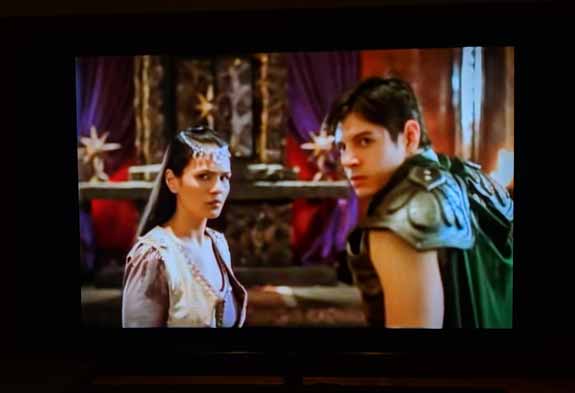 Samsung's upscaling still isn't quite as sharp as with competitors, but it's not far off as this 480p screenshot on a massive 75-inch, 4K TV demonstrates.

One place where Samsung has come to excel in recent years is its app support. While the likes of Sony's Android TV apps technically offer much more choice, Samsung has almost all of the important, Australian apps built-in to a very-usable navigation bar. That said, Foxtel appears to have gone missing meaning that those wanting to watch occasional sporting or HBO content will have to stream it from another device. Nonetheless, Samsung's automatic-assigning of relevant icons to different input ports is continually getting better so there's increasingly-less likelihood that you'll need to scroll through multiple inputs to find the one you want.

It's also worth noting the three new game modes which reduce HDTV lag to 21.8ms, 15ms and 6.8ms depending on what levels of image processing you want to keep or remove. There's also a Steam Link app available.

One of the real wow factors of the TV is Ambient Mode which impressed pretty much every technology journalist who saw it at the launch. The launch event pictures speak for themselves. However, when we reviewed the TV we were reminded that the effectiveness of the translucent effect depends greatly upon the quality of the photo of the wall. If you're attaching your TV to a wall, for pity's sake take a very good picture of that wall first. If you use a low-resolution, badly-lit, upscaled picture then the effect is ruined. 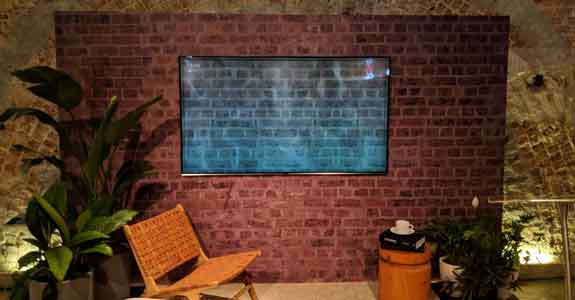 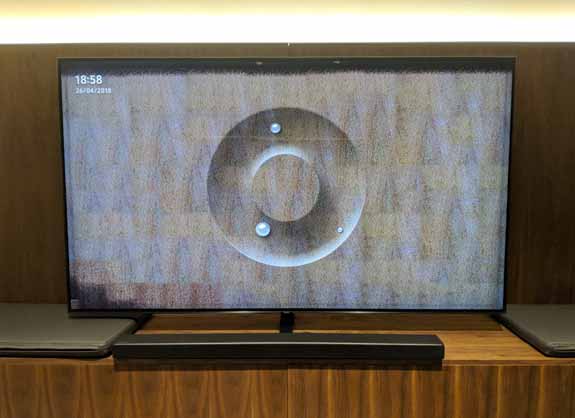 TV companies like to rave about their voice control and Sony (via Android) and LG have impressed us in the past with their accuracy with complex searches. Samsung's voice assistant technology is still some way behind as anyone who has used the company's recent phones would testify.

The Samsung One remote has basic features, but the TV's menus are easy to navigate.

This is a shame because the 'One remote' offers minimal features to the extreme. Manufacturers say that this keeps things ultra-simple, but this is countered by the difficulty of finding any setting out of the norm. Fortunately, Samsung's on-screen navigation is very good and intuitive so this wasn't much of an issue.

That Samsung has now got only one, tiny cable (called the 'One Clear cable') connecting power and all inputs to such a massive TV is very impressive. We saw the Teflon-coated cable at the launch and were impressed at how power was transmitted without heat generation or signal interference – the latter is due to images being transmitted via optic fibre. 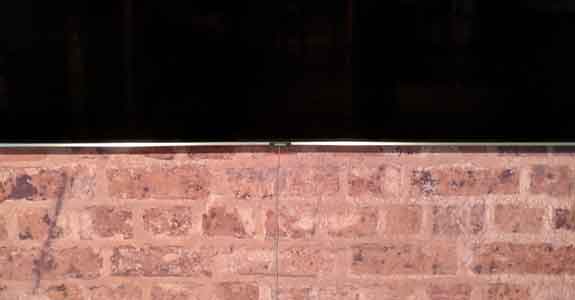 The connection box can subsequently be easily hidden no matter what size or shape dwelling you have.

At some point during our testing we switched off the sound bar that was attached to the TV. That we didn't realise we'd done it demonstrates just how impressed we were with the built-in speakers. Audio fidelity is well-rounded and punchy with some decent, booming bass yet dialogue remains consistently-clear. A good surround sound system will always beat it, but a regular or cheap one probably won't.

Samsung's top-end Q9 QLED models aren't cheap at $10,499 (RRP) for the 75-inch model and $6,999 for the 65-inch model. The latter represents significantly-better value. While it will be tricky to negotiate big discounts early-on, potential buyers would do well to keep an eye on any upcoming sales as prices plummet when later models appear. That won't be for a while, but there's only so much better next-year's product-line refresh can be.

So, is LG still the king of the TV hill? For day-to-day use, we'd say it's still best-in-show thanks to practically-unbeatable image quality and usability. However, if image burn-in is a widespread thing, then that short-term gain could come at a massive long-term loss and Samsung is waving around that 10-year no-burn in warranty (which we suspect some buyers may try to engineer 9.9-years down the line to get a free, new TV) in an enticing manner.

How important this is to you will depend from person to person: the anxiety factor might be enough to sway some. Nonetheless, LG OLED's flawless façade now has a crack in it, and if you want to be sure of top-reliability, the new Samsung 2018 Q9 potentially provides that at very-little detriment to quality. While we suspect that Hisense's original Series 7 TV was the best all-round LCD TV that we've reviewed, that doesn't exist anymore. Perhaps its recently-launched successor, the P7 will soon wow us once more? But regardless of that, Samsung's 2018 Q9 QLED is the best top-end LCD TV we've ever seen.