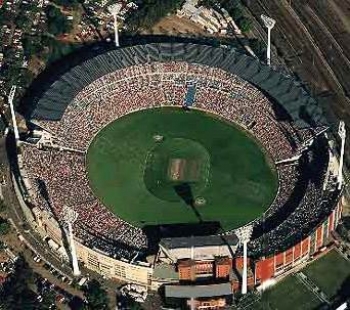 Telstra is facilitating Fox Sports’ outdoor broadcasts through its distributed production network under a long-term deal inked by the two companies.

Telstra has been selected by Fox as its network partner of choice and will deploy its country-wide DPN network to connect 29 sporting stadiums across regional and metro Australia to new remote production hubs located in Sydney and Melbourne.

Telstra says its DPN end-to-end IP network has been custom built for the media industry and enables customers to produce live broadcasts at a distance from the actual event by sending multiple raw camera feeds, audio and equipment control signals over the network back to centralised production hubs.

Head of Telstra Broadcast Services Trevor Boal said the DPN would be fully operational ahead of the 2018 NRL and AFL seasons and would support more than 520 live tier one sporting events each year.

“Telstra’s DPN is designed to help our broadcast customers meet the rapidly growing demand for live content by offering access to our high capacity, low latency, multi-tenant network of scale.

“The deployment of a remote production model in Australia requires a world-class countrywide network to overcome the unique challenges of Australia’s vast and expansive geography. In a world first, multiple channels of uncompressed linear contribution video at the lowest possible latency will be traversing our network from sporting venues up to 3500 kilometres away from the Remote Production Hubs.”

Fox Sports’ director of Operations and Digital Les Wigan said the new hubs would allow the cable broadcaster to cover multiple sports from a centralised, “revolutionary facility that will deliver the highest quality broadcast to sports fans around the country”.