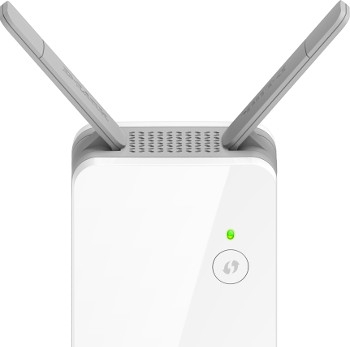 D-Link's AC2600 Wi-Fi Range Extender (DAP-1860) is a small device that occupies little space, yet proves to be very efficient in helping spread Wi-Fi through a house.

Extending a Wi-Fi signal has become something of a necessity after the NBN entered the picture. Many NBN connections are low bandwidth and getting the maximum throughput all over a house is needed in order to use streaming services like Netflix, with these services having been subscribed to in anticipation of greater bandwidth than one enjoyed from an ADSL connection.

My 100/40 NBN connection is through HFC which means one thing: it is erratic, with download speeds ranging from 96Mbps all the way down to single digits. Uploads, generally, do not display as much variation.

The DAP-1860 works with any router, but if paired with a D-Link PowerZone-enabled router or modem router it provides a mesh solution with a single network name across the entire building.

The device measures 16 cms by 7cm by 4.5 cms. It needs to be plugged into a wall outlet as there is no connecting cord. It has four antennas which can be adjusted as needed when deploying the device.

Set-up is straightfoward. One plugs in the device, waits for it to boot up and display amber lights, and then presses the WPS button on one's router followed by the WPS button on the DAP-1860. After a short while, the three LEDs on the front of the device show the strength of the signal. 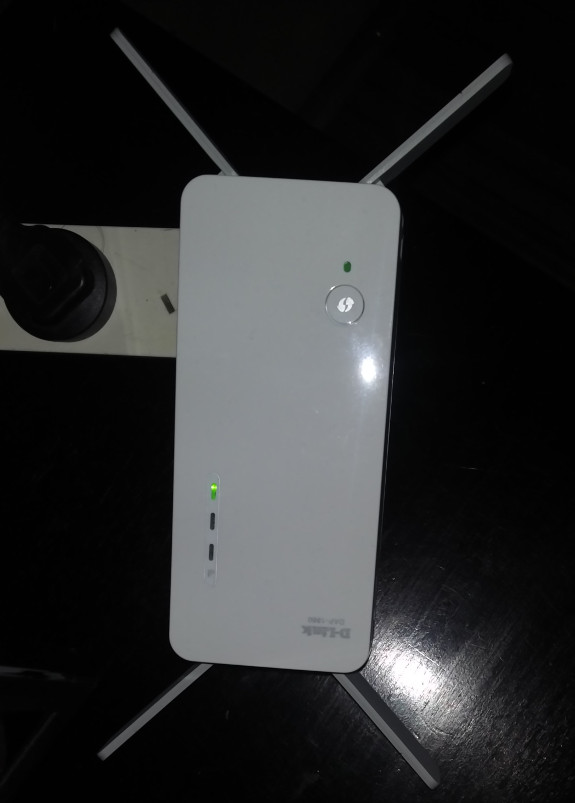 If one does not wish to use WPS or one's router does not support it, then D-Link has provided a Web interface for configuration. A third method of setting it up is through a mobile app.

The WPS method is painless and works well. It took about five minutes in all for the set-up to be completed.

The name of the Wi-Fi connection for the device will be the same as that existing in one's house, with the suffix EXT.

The DAP-1860 can also be used an access point if desired. It has one gigabit ethernet port which can be used if one needs better speeds.

After trying to solve the problem of access in my lounge with a Netgear device and failing, I obtained this D-Link device for testing and found it more than adequate to cater to anyone sitting in my lounge or even beyond.

11AC Wi-Fi dual-band connectivity – Up to 1733Mbps on the 5GHz band and 800Mbps on the 2.4GHz band for maximum throughput with less Wi-Fi interference.