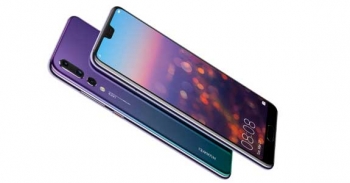 Is Huawei’s new flagship, with its stunning AI-driven camera, the best phone in the business?

We’ve been seriously impressed by Huawei’s top phones in recent years. Its Mate 7 redefined value when it undercut the price of big-brand rivals while simultaneously offering more features and better performance, while its P series redefined what we thought was possible with a phone’s camera.

The Huawei P20 Pro is the third generation of the latter – following in the footsteps of the brilliant P9 and impressive P10 Pro. But each of those phones had a few flaws. How does the P20 Pro fare in terms of being a successor to this impressive lineage and can it, like its forebears, be considered one of the best phones on the market? 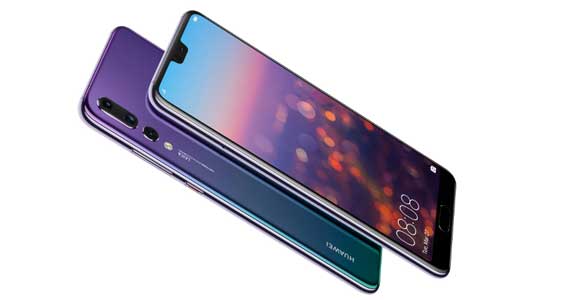 The stand-out feature is that triple camera which, initially, struck us as somewhat contrived and as ugly as a spider’s eye. But this feeling passes very quickly thanks to the supreme camera performance that it offers. The chassis at the front is wall-to-wall 6.1-inch OLED screen. While the resolution has dropped slightly compared to its predecessor, it’s very bright, colourful and still offers a very high resolution. The obvious issue is the iPhone X-like notch at the top of it where the front camera has been lowered into the screen in order to reduce the bezel thickness. Having no bezel at the top of the screen is impressive, but it’s arguably more annoying to have the notification area impacted because of it.

On the reverse, the metallic chassis looks good. In Australia it’s available in black or “Twilight” purple. It’s a fingerprint magnet, but Huawei provides a decent, clear silicon case which offers good protection while not ruining the looks. You’ll want to use the case too; at 180g it’s heavy and dense and you won’t want to be dropping such a tech-filled device.

The Kirin 970 Octa-core processor “with AI” makes everything fly along and the top-end Mali GPU jas no issues playing the latest games. We had a slight issue in that the fingerprint reader is very squashed at the bottom of the screen and pressing it could sometimes simultaneously activate the on-screen Android navigation buttons which can overlap when under your finger. However, this wasn’t a big issue as the P20 Pro has face-unlocking and it’s very quick and responsive to the point where unlocking in any other way now feels like a chore. It doesn’t work in the dark, but retreating to other options wasn’t annoying.

Huawei’s own apps are noticeable throughout the OS (which is the latest version of Android), but you don’t have to use them and they’re not intrusive. Our only minor issue is that the screen doesn’t always feel as responsive as rivals in that, when we start swipe-typing, the first couple of words sometimes registered too late to be correct. It’s a minor issue, though.

Huawei doesn’t make mention of its AI-driven “Ultra Memory” which featured in the P10 Plus but we assume it’s included. This is important because, with other phones, the more apps and updates that get installed, the slower they become over time. By managing the memory and defragmenting the drive, this is far less likely to happen and should mean that the phone continues to fly along over time – something which some rivals *cough*Blackberry*cough* should learn from.

Huawei makes a big deal of its AI-driven camera and while AI has become something of a buzzword that gets attached to anything these days, it looks as though the P20 Pro may have indeed elevated performance to another level.

The three cameras all use high-end Leica Summilux lenses. One has a 40-megapixel RGB sensor another uses a 20-megapixel monochrome sensor while the third unit sports an eight-megapixel sensor and telephoto lens. Not that you’d notice. They all work seamlessly together as one. They also combine to create a 3x optical zoom, 5x hybrid zoom and a 10x digital zoom. Ordinarily, we wouldn’t care about digital zoom, but what Huawei has done in this area is nothing short of extraordinary.

Our first query regarded low-light performance which was the Achilles heel of the otherwise-perfect P10 Plus. Quite simply, the P20 Pro’s low-light performance is jaw dropping. It’s not just capable of capturing great images in extremely low light, it’s capable of capturing them at 10x zoom in extremely low light. We had it explained to us that the AI takes a reference exposure before capturing many layers of additional exposure information and then combining them all together. The amount of time this takes depends upon the length of exposure. It could take less than a second or a few seconds if your exposure lasted for a couple of minutes(!) The results were well worth waiting for. Despite impressive performance from Samsung’s top phones, this is the best low-light performance we’ve ever seen. 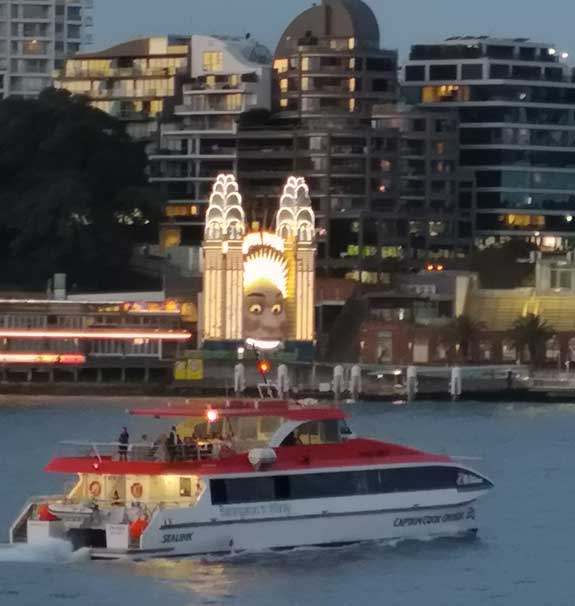 This might not look like much, until you realise it's in very low light and at 10x zoom on a phone! 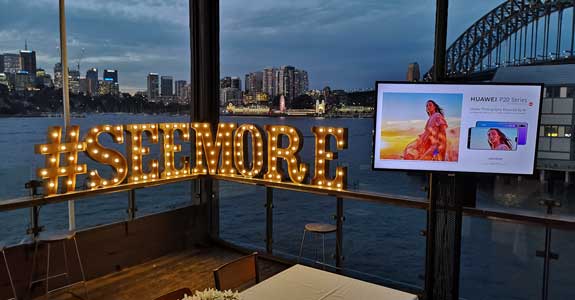 You can see Luna Park's face in the (distant) background.

The AI also helps identify 19 multiple scenes to improve general point-and-shoot image capture. While this doesn’t sound like a huge difference compared to the long-in-the-tooth automatic-scene-selection seen everywhere, it does appear to take it to another level and automatically chooses the correct enhancements depending on whether it’s a portrait or landscape. Portraits, in particular, have effortless modelling and Bokeh blurring more often than not.

The AI element means that lightpainting modes are also available which allow for impressive creations including tail-light effects and star-trails. You can also make running water look silky smooth. While Huawei says that hand-held long-exposures are possible, and results are better than any competition, it’s still far better to use a stable base. You can see results of lightpainting on the P20 Pro, here.

The Aperture effects, which we fell in love with on the previous P-series, are still easy to access and use and are more accurate than ever. 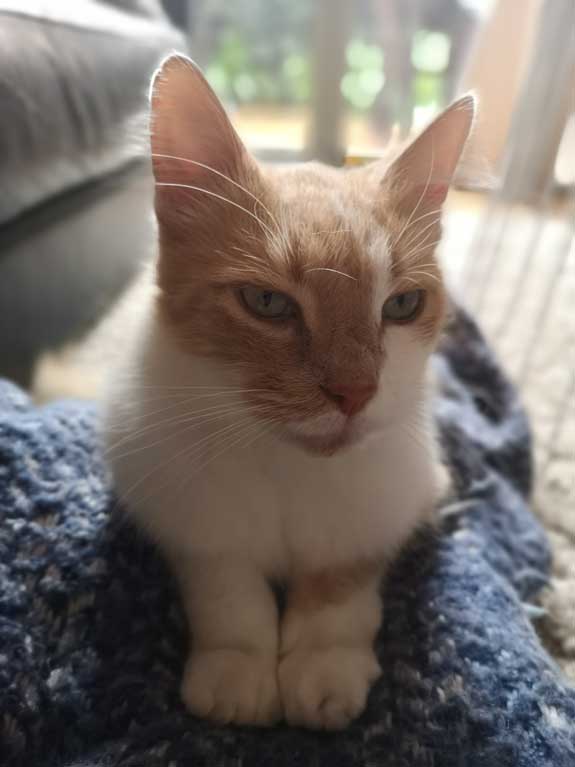 Video goes up to 3840 x 2160 resolution, but it can only shoot at 60fps in full HD. The 4K capture is generally smooth and well-stabilised while sound capture is accurate too. Slow-mo fans can shoot as low as 960fps at 720p, but only for a second. Enthusiasts would like the fact you can choose between the latest H.264 and H.265 encoding.

The selfie camera goes up to a whopping 24-megapxels and includes AI-driven 3D lighting features or something. In reality, it offers a passably airbrushing “Beauty” mode and creates a reasonable, false, Bokeh effect by blurring the background.

All in all, it’s the best camera on the market by some way, no matter what you want to shoot.

A whopping 4000mAh battery is included. If you’re only putting the phone to light use, it can last almost two days! However, if you’re on a photo-shoot, expect it to be used up quickly, thanks to all of that processing. We did note, however, that when taking a great many shots, the phone did not heat up dramatically as we’ve seen with its predecessors.

The P20 Pro is IP67 certified meaning that it’s dust-proof and splash-proof. It’s not fully waterproof as we’ve seen with rivals, though. This may be it’s only "flaw".

Despite only having one speaker, it’s actually rather impressive and get’s loud while staying clear. There’s not a great deal of bass (understandably) and the claims of Dolby Atmos compatibility seem somewhat redundant in this context.

Interestingly, there is a dual-SIM slot, but no microSD memory expansion slot. While the 128GB memory won’t get full quickly, ardent photographers may find themselves backing up more than they’d like.

Unfortunately, there's no headphone jack. This is, naturally... a feature.

At $1098 it’s not cheap, but then it’s also not as expensive as some rivals. We’ve too often seen overpriced flagships in this space which seem to charge for minor innovations (often chassis related). But the P20 Pro does almost everything brilliantly while impressing the pants off us with its amazing camera. As such, it’s got to be the forerunner for best phone of 2018 and will please anyone who buys it.

Cons:    Not cheap
Notch at top of the screen