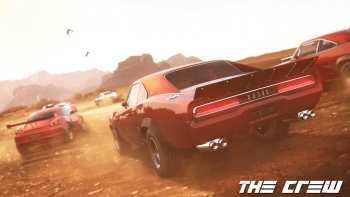 Driving the varied free, high, by and road-ways of the US is a fun way to burn huge chunks of time in The Crew.

For some pointless reason, there are groups of rich mostly-young things that inhabit the major urban areas of the United States driving recklessly through city streets and farmland alike, getting angry when some out-of-towner comes into their patch and drives faster.

It’s a bit like the vehicular version of West Side story.

Anyway, you play the part of a Alex Taylor (Breaking Bad’s Walter White look alike) who is framed for the murder of his own brother, and then released (after five years) to help the police track down the corrupt cop that put you away, as well as his fast driving crime buddies.

It is an illogical setup, and the story line attempts to permeate throughout the game, but ultimately The Crew is about hooking up with buddies or randoms or simply forging your own path through the twenty or so hours of story missions, and exploring the countryside doing side-tasks. 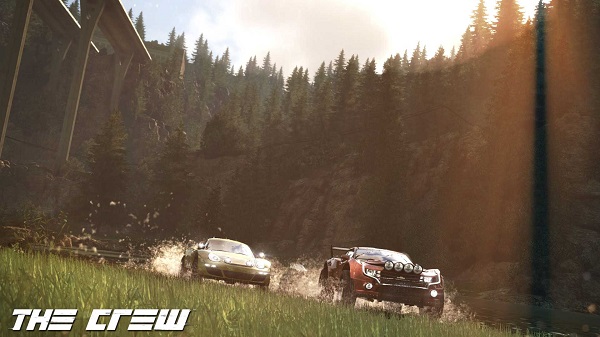 And there is a lot of countryside to explore:  It will in fact take you some 45 minutes to race across the breadth of the USA.  Along the way there are plenty of distractions – whether it is your radar going off because there is a Data Station (satellite dish) to connect into to open up the area more, or perhaps locate a hidden hot-rod part collectable.

Or you could be diverted by one of the many driving challenges that litter the highways, just drive through the initial gate, and the challenge – be it slalom, ramp jump, speed and/or accuracy - is on.

It is a joy to motor through iconic USA locations.  The Vegas surrounds are suitably canyon-esque, head into Washington or New York and suddenly there is a preponderance of yellow cabs or school buses.  Push through the midlands and you are just as likely to crest a hill and be confronted by a herd of cattle stampeding across the road.

Car choice is handled interestingly in The Crew - essentially your starting choices are (appropriately enough) mostly American Muscle.  You can customise the appearance and then head out into “free roam” looking for things to do.  Completing races and other challenges earns parts for your car, generally these will boost its performance be it, handling, braking, speed or acceleration.  This turns The Crew into an on-wheels Role Play Game normally associated with sword and sorcery titles.

It is also a MMO (Massive Multiplayer Online) game where players all around the world inhabit the game environment.  Whilst we did not have the greatest success with this feature, you can join Crews as well as Factions.  The titular feature means real players can join your events and races to add more challenge to the otherwise lack-lustre AI you normally compete against.

Faction play is straight multiplayer, either as faction versus faction or in cooperation events against the game.

There is a lot going on here, and in fact it takes some getting used to.  The first thirty minutes of the game you will be itching to get into the action, but The Crew’s story line has been deemed important, and takes a few cinematics to set it up.

There are day/night cycles, radio stations to explore, police to avoid or evade, perks to assign, and new cars to purchase, though this last part seems somewhat unnecessary most of the time.  Your car will get new fit-outs from time to time, and for certain events (be it off-road for example) you will be given a temporary appropriate car, but with the way parts are earned and stored at your HQ, you certainly can get deep into having a garage full of personalised vehicles.

The Crew takes a while to warm to, it is certainly an Ubisoft game – those of you that have played Assassins’ Creed, Watchdogs or Farcry titles in the past will know how Ubisoft does open world games, for better or for worse – but, once you are in the groove, and in particular, if you can hook up with a “crew” of friends, then this game comes into its own. 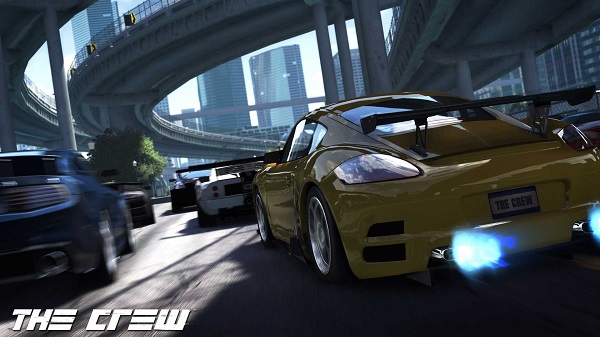 It is certainly on the action-arcade end of the driving physics scale, but each car has a customisable interior for those that like to drive from the cockpit view, though it is difficult in this game, and handling characteristics defiantly vary between classes and car fit-outs; off-road vehicles being just too floaty for our liking.

Enjoyment wise – The Crew still ranks a little below the excellent Forza Horizon 2 on Xbox One, however if you own a PS4 your choices are a bit more limited.  DriveClub has proven to be a disaster for Sony, and whilst hits many of the beats mentioned above (when it works), we would opt for The Crew given the choice.  If your gaming platform of choice is the PC, then you have a great deal more choice, The Crew is something different, and worth checking out it, something different is indeed what you are searching for.
Read 8784 times

More in this category: « Quick Hits: Far Cry 4 Review: Lara Croft and the temple of Osiris »
Share News tips for the iTWire Journalists? Your tip will be anonymous