Review: Madden NFL 18 – now that the football season is over 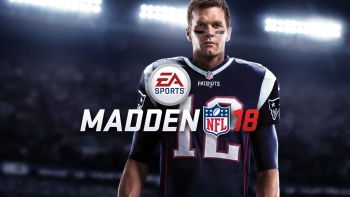 Now that in Australia we have bid farewell to the best code to carry the term “football” for 2017, we can turn our attention to other codes – in this case American football or Gridiron with the release of the perennial Madden NFL 18.

American Football is a good armchair-coach sport, and as such translates well to the game format, particularly for those of us who like the tactics around play choice, clock and team management.

The perennial Madden has attempted to explore all of these angles as well as the on-field action requiring quick decisions and deft, well-timed button pushing.

So, for those new to NFL or Madden there is plenty to explore. If you owned Madden NFL 17, there are some new features but really, unless you are  a real aficionado of the Madden series, the core game play on offer here is not wildly different from last year's game.

The major difference is in a new story-mode called Longshot.  Here you will follow and play through the progression of a small-town hopeful quarterback and his buddy making it through the rigorous selection process leading to NFL glory.

It is an ok diversion from the other Madden elements available, and in fact, for a first out try at this kind of thing, is remarkably polished and well presented.

Of course you won’t see any controversy in our young man’s journey to the big time, nothing about concussion, or any misogynistic or out-of-control ego moments (well, maybe a couple of the latter) feature during the few hours of this mode.

The other thing we noticed with this year’s Madden is just how superb, generally, the animation of players has become. Given the complexity of what is going on with a sports field simulation involving the human body, we are amazed at just how lifelike the movements seem with only a few humours glitches throughout.  In a way it is sad there are not more glitches to add to the enjoyment.

Other than that, this is another Madden game. One that allows players to explore a wide range of playing modes, allow a “coach” to go as deep into the game as they wish, in particular when it comes to team management, back office process, as well as the on-field action.

Now that AFL is over in Australia, I guess we can have some fun with NFL.

More in this category: « Game Review: DiRT 4 Game Review: F1 2017 - A formula for success »
Share News tips for the iTWire Journalists? Your tip will be anonymous