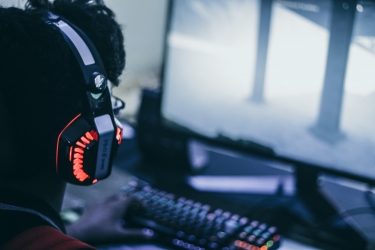 Following the launch of GeForce Now, telecommunications company Pentanet is expanding its collaboration with Nvidia, bringing the RTX 3080 SuperPODs membership to Australia.

Each GeForce NOW SuperPOD consists of over 1,000 GeForce RTX 3080 GPUs that deliver more than 39 petaflops of graphics horsepower. Each instance is 35 teraflops of performance, nearly three times that of an Xbox Series X.

The GeForce NOW RTX 3080 membership affords members the capability to run games at up to 4K at 60 frames per second or 1440p at 120FPS on PC and Mac, up to 4KHDR at 60FPS on Nvidia Shield TV, and up to 120 FPS on select Android devices.

Pentanet says the GeForce Now platform powered by Pentanet has signed over 270,000 members since it launched in October 2021.

Members have streamed more than 190 million minutes of gameplay from the cloud.

“When we first launched ‘GeForce Now Powered by Pentanet’ in Australia, we were setting out to prove that a high-bandwidth, latency-sensitive application could run on Australia’s internet. With hundreds of thousands of members and a steady growth rate each month, we’ve demonstrated that not only is cloud gaming achievable, but there’s a growing appetite for it into the future,” said Pentanet managing director Stephen Cornish.

Pentanet is eyeing the expansion of GeForce in New Zealand and other countries.

New Zealand has an active gaming community with 73% of the country’s five million strong population reportedly playing video games, according to Pentanet.

“Expanding our collaboration with Nvidia is the next stage in the evolution of ‘GeForce NOW Powered by Pentanet,’ with new regions having a highly engaged gaming community. We already have some subscribers in New Zealand who have been with us since our beta program, and they’re loving the platform. The foundations are set for us to explore further activity in more regions to engage the audience of gamers who are keen to get onboard with cloud gaming,” said Cornish.

GeForce NOW enables users to turn almost any device into a gaming rig, with over 1,400 supported titles to stream and nearly 100 of the world’s biggest free-to-play games.

In September 2022, Pentanet launched new pricing tiers and added two hours of bonus play time for Priority members.
This includes a new Basic tier for cost-conscious gamers, with monthly access to GeForce Now available for less than the cost of a cup of coffee or energy drink.

“It’s been a year since our initial launch, in which time we’ve learnt a lot about the way Aussie gamers play from the cloud. We’ve recently launched a suite of new membership tiers to create more accessible price points for the platform as well as to reward our Priority members with greater benefits and a more enjoyable playing experience,” said. Cornish.

GeForce NOW is a bring-your-own-game (BYOG) service. Users can connect to their existing gaming libraries to stream games they already own from popular digital stores including Steam, Epic Games Store, Ubisoft Connect and gog.com

Current membership tiers
Four plan tiers are currently available on the CloudGG website, with each tier available on a month-to-month basis or as a six-month plan paid upfront for a discounted price.
● Trial (Free): Users can test out “GeForce NOW Powered by Pentanet” with the free Trial plan. Play 30-minute capped sessions to test your internet speeds, trial the platform on different devices, and get a real feel for cloud gaming.
● Basic ($3.99 per month): Queue priority over Trial players and 1-hour of play time. Ideal for gaming on the go during your daily commute or lunch break.
● Casual ($10.99 per month): Three-hour playtime sessions and queue priority over Basic members. Ideal for casual gamers and players who want to spend quality time playing against their mates each week.
● Priority ($21.99 per month): Now includes an extended six hours of uninterrupted play time, top-dog status in the queue, and RTX ON for all applicable titles.