Blast and laugh your way through Tiny Tina's Wonderlands 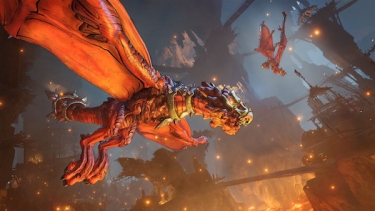 Dungeons and Dragons ... with guns. It's Tiny Tina's Wonderlands, the latest game from Gearbox which spins off from its popular Borderlands franchise. It’s a hilarious jaunt through a dungeons and dragons style fantasy world mixed with all the variety of guns and weaponry you’ve come to expect from Borderlands.

You don't need to have played Borderlands to enjoy Tiny Tina's Wonderland. If you have, you’ll know Tina is an unstable 13-year old explosives expert non-player character who’s made an appearance in all but the first of the Borderlands games. She narrated the fourth Borderlands 2 DLC, Tiny Tina’s Assault on Dragon Keep, and similarly, she is the narrator of this full adventure which offers an estimated 18 to 30 hours of gameplay, along with vast replay value via different glasses, skills, side-quests, collectibles, puzzles, and challenges. In fact, she’s more than the narrator; Tina is the dungeon master in what is essentially a game of your character and others playing dungeons and dragons. Or, more precisely, she’s the Bunker Master for Bunkers & Badasses - a chaotic fantasy tabletop adventure with majestic cities, forbidding forests, dank mushroom lands, and more.

Fundamentally, it is a fantasy world - your adventure is to stop the tyrannical Dragon Lord and aid the Queen of Flamerock Refuge (a pony made of diamond, named the Butt Stallion). Your adventures will take you through dungeons, cities, mines, and camps all connected via the overworld - the tabletop itself, festooned with Tiny’s dropped pieces of popcorn, bottle caps, cheese sticks, drawing pins, and other miscellanies. You have missions and side quests both on the overworld and in the more detailed areas that the overworld provides access to. Your enemies are goblins and gnomes and dragons and beasts and skeletons and mushrooms - yet, in the midst of your magic and swords and arrows, you also have guns, guns, and more guns. It’s a comedic twist on D&D where you find yourself surrounded by the reanimated undead - and they come bearing down on you with submachine guns.

This zany anachronistic incongruity is everywhere in the game, and it works well against the backdrop of being a story-led campaign where your fighter is merely a character. In fact, while many games have to invent ways of limiting your movement until the story progresses, such as Pokemon with routes blocked by teeny tiny shrubs that you cannot venture down until you’ve trained a Pokemon to cut, Tiny Tina’s adventure weaves these temporal limitations into its narrative. You even find the story reinventing itself - you want to set sail on a ship but are told you should probably get it blessed by a bard first; jump on and it sinks - so the story rewinds and the characters decide ok, yes, let’s go find a bard. Or you destroy a catapult only to find you have no way of crossing a gorge. Ok, your players decide, let’s undo that and instead use the catapult to fling ourselves across.

Ultimately, it's a delightful, colourful, and mirthful romp. Humour abounds throughout. You encounter an odd fellow who you suspect might stab you in the back; nevertheless, you venture on his quest, only to return and find - well, he’s been stabbed in the back by nothing short of a drawing pin in the overworld. Or you encounter such heroically-titled people as Paladin Mike or a group of grungy-teens seeking your help to be the most metal band they can. Or you help a farmer decorate a goblin in her pursuit of ardour. Or your character decides the best way to solve many a problem is to attempt seduction - seduce this guard, seduce that wizard, seduce the drawbridge so we can cross … 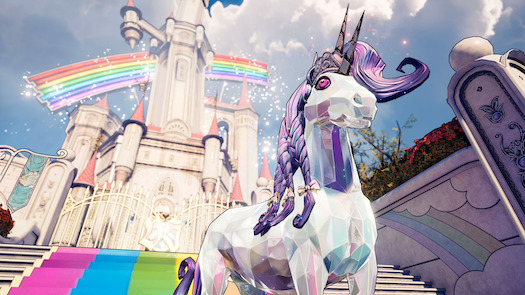 It's also a serious game; you encounter battles, puzzles, and challenges. You can play cooperatively with others. You can freely pursue the main campaign or embark on the many side-quests and wide-open areas to explore. You can choose which of six classes your character shall be, and then upgrade their talents in all kinds of varying ways to improve your capabilities and powers. There’s vast freedom to play the way you want. Sure, you could probably min/max and figure out all the numerical stats - like many a manic World of Warcraft player who tells you there is one and only “proper” way to build your character - but the game offers great potential and diversity in making your character your own with all the special effects it offers.

A Season Pass is available either separately, or bundled with the game in its Chaotic Great Edition, which will provide additional cosmetics plus additional DLC.

It's an old trope where game reviewers say "now excuse me, I have to keep playing” or “this review is late because I couldn’t stop playing” but the latter is definitely true here. Tiny Tina’s Wonderland is so addictive, so compelling, that I kept finding myself saying “one more quest.”

You don't need to come to Tiny Tina's Wonderland with any prior Borderlands experience; if you have played others you’ll be familiar with the art style, the vast looting and weapon range, and some of the characters. Yet, it’s also totally accessible to new players and comes with game mechanisms that aren’t in its predecessors such as hidden, golden 20-sided die littered around. Find these and loot them and gain great equipment, improving for each die you find in an area. Or, sometimes the chest you’re about to loot is actually a mimic monster that attacks you instead.

Check out the game guide here to see what you're in for, as well as to dig into the different classes, locations, loot and more.

Check out the trailer here!

As a bonus, if you have Corsair RGB equipment, Tiny Tina's Wonderland will extend its bright graphics off the screen and onto your hardware too. All you need to do is have iCue running while you play the game.

More in this category: « Eligible players can now sign up and compete at this year’s E-League competition
Share News tips for the iTWire Journalists? Your tip will be anonymous