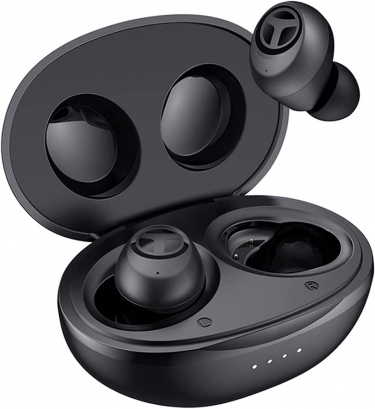 Tranya was founded on the basis of creating fully-featured audio devices available to the largest amount of people. Supporting this goal, the company has released an upgraded version of its flagship T10 Bluetooth earbuds with a new ultra-low latency game mode, and switchable music modes.

iTWire previously tried Tranya’s T10 earbuds which already offered remarkable audio crispness and battery life for its price, let alone other features like noise reduction and a charging carry case. These earbuds became a constant companion in my pocket. Tranya has upped the ante now by releasing an upgraded version of the T10, the T10B, and at a shockingly new low price.

The specs include a 12mm driver, IPX7 waterproof rating, USB-C fast charging, and a USB-C charging carry case as before. The earbuds also include tuned, layered bass and crisp treble along with replacement ear tips, noise cancellation, and voice prompts.

The first is ultra-low latency game mode. Bluetooth, by nature, can have a delay between a sound being played and being heard. Even if only minuscule this can make a huge difference in gaming and is why the bulk of gamers prefer wired headsets, no matter the platform. Tranya has put its audio engineers to work in reducing this latency effect, allowing mobile gamers a great wireless sound experience of their own.

The second is switchable music mode with two music modes, one for vocals - emphasising treble, and the other for boosted bass like rock music. You can easily switch between modes via simple touch controls directly on the earbuds.

Tranya has achieved this latter feature by enhancing the 12mm graphene driver to effectively separate vocals and instrumentation, allowing it to emphasise either.

iTWire experienced both these new modes for ourselves, and the results were clear and noticeable with the tiny earbuds pushing out clear and delightful music, voice, and gaming sound effects despite its diminutive size.

Like the original T10 earbuds, the T10B can be your all-day earbuds, for walking, for working, for exercising, for relaxing, and even now for gaming. You get eight hours of use out of the earbuds, extending to 32 hours through the charging case. It supports Bluetooth 5.1 and has four microphones for voice calls and recording.

What's most surprising is the price is a mere $US 59.99 and is available for $US 29.99 (+ postage) from Amazon. For that price, you will struggle to find any competing earbud with even half the quality or features.

More in this category: « Epos Expand Vision 3T turns any screen into a Teams conference room The stylish Huawei GT 2 Pro smartwatch helps you live your best life »
Share News tips for the iTWire Journalists? Your tip will be anonymous