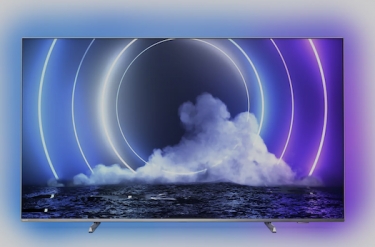 The Philips PML9506 television range is a super-vibrant, fully-featured set of televisions with incredible features, connectivity, and customisation. iTWire has been testing out the 65” model, the Philips 65PML9506. There is a 75” version also available.

It's been difficult to get this review moving, not because there isn’t much to say but because, well, truthfully, I’d rather be watching television. Philips has created a device that is a joy to use, lights up the room, immerses the viewer in content, and which is super easy to switch from program to program, app to app.

In fact, it’s a whole world of entertainment in one box and it is a joy to use. I’ve watched live sports, replayed old movies to see what they look like in such vibrant colours, to see how the colour they splash against the wall, and caught up with many shows I’d always had on my list but never got around to.

Oh sure, I've had televisions before. There was the family television - a big huge thing that sat on the floor and had doors to close it up. We had a mere two TV channels in my country NSW home, but one day my father erected a “Sydney antenna” and we gained another three, depending on the wind.

Television technology evolved slowly at first. Even in the year 2000, I was still buying CRT tech, albeit a whopping 80cm - a mere 31.4” and smaller than many monitors today, but back then it was a giant and certainly weighed it.

Then came LCD and Plasma - as well as PC-based media platforms. I ran Windows XP Media Centre edition and what a game-changer that was; I could record TV, play digital media, and do many great things.

It's a different situation today; modern TVs are packed with processors and operating systems and a range of apps and connections to allow game consoles, streaming services, and a huge array of entertainment options. With that, comes complexity.

It's no longer necessary to have a TV antenna; all the media you want is on catch-up services, comes from Internet-only subscriptions, or is beamed to your television via Chromecast, Apple TV, Roku, Amazon Firestick, or others. We listen to it through soundbars or stereos. We have satellite boxes or PVRs or game consoles plugged in. And to drive all that you need power boards, smart remote controls, network switches, and more.

Well - until the Philips 65PML9506. This is the evolution of television and it brings, all in one package, stunning audio, crisp eye-popping visuals, a huge selection of apps, and astonishing Ambilight lighting around the entire rear of the TV that makes the wall light up in perfect harmony with your movies, shows, and games.

It also declutters your whole setup. With the built-in Android TV operating system, you can run Netflix, YouTube, Stan, Paramont+, Disney+, Amazon Prime … and whatever else you need. Even Apple TV is available. I literally have two cables plugged in - power and Ethernet, and even then, Ethernet is optional because it supports Wi-Fi. 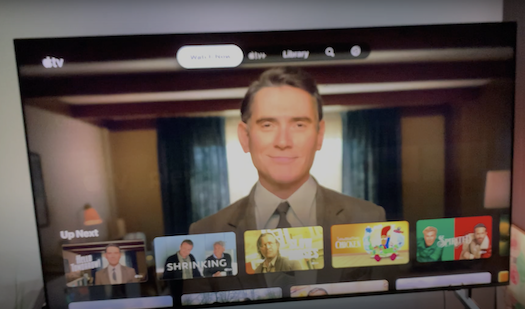 With Android TV the television has gone beyond smart; it’s completely integrated, allowing me to bark voice commands, hop from ABC iView to Netflix, from YouTube to Binge, and then to other Android-based games, media, and other applications. There’s SteamLink to bring PC gaming to your big screen and there are news channels, sports channels, art channels, educational channels, Ted Talks, and literally anything else you can think of.

But few will do it so well.

You can see it is feature-rich. However, specs are one thing; this television must be seen to be believed. The colours are vibrant and vast, the Ambilight responds fluidly to the action on-screen, and you can see and hear the action like never before.

See how bright and vivid this TV is, and see how effective and impactful the Ambilighting is. In fact, there is no other contender for such lighting. If you want an effect like that on any other television you’ll need to resort to the Hue Sync Box and Hue Gradient Lighting which, incidentally, happen to be made by Philips too.

That's the power of the mini LED display. For clarity, mini LED is an efficient and effective way of backlighting an LCD screen, superior to preceding technologies. LED diodes behind LCD pixels mean images can be brighter, and backlighting can be targeted and precise. It means the TV's processor has far greater control over the illumination of any individual part of the screen, both enhancing contrast and eradicating backlight bleed.

You may well have heard of OLED; well, mini LED leaves it behind with vastly brighter displays and it makes HDR truly pop. A wider range of colours can be depicted, providing greater accuracy and lifelike representation on the screen.

Now, not all mini LED is the same. Mini LED is itself an advancement of LED LCD backlighting technology, and, logically enough, by miniaturising the LED form factor the manufacturer can fit more LEDs into the display, and the more LEDs there are the more dimming zones and hence greater control over contrast and brightness. So mini LED is already an impressive technology but the number of mini LEDs will vary from TV to TV. Here is where Philips excel, by packing loads and loads of mini LEDs and exerting huge control over the backlight for an absolutely impressive display.

Sample pictures from the walkthrough above: 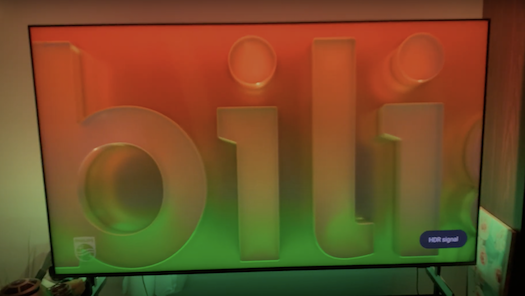 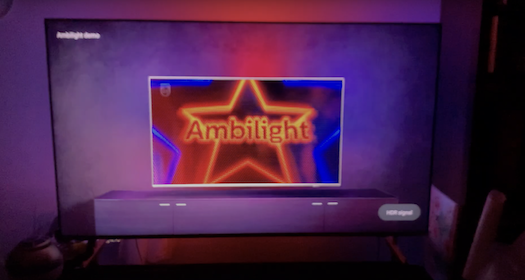 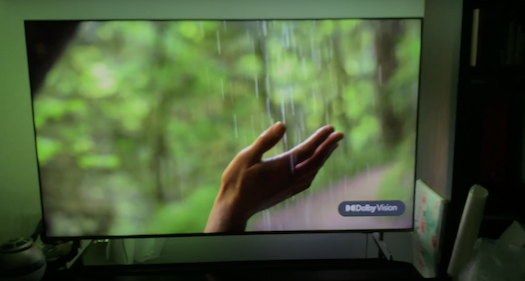 You'll also see the settings menu and the many ways you can personalise the audio and video. Choose to make the Ambilight follow video or sound, or your country’s flag, or simply set it to a static colour. Change how it reacts to audio or video in different ways. Adjust the AI smarts and how it handles image sharpening, noise reduction, motion interpolation, and more. Adjust sound, pair Bluetooth devices, update firmware, tune TV channels, rename inputs, and do many things - like calibrate your speakers to your room’s acoustics and sitting position.

Do it all, see it all, and hear it all with the Philips 65PML9506 65" TV. The RRP is $3,495 and you can find a local retailer here or on Amazon here. There’s a lot to like and whether you need a new TV or not you owe it to yourself to check this model out.

More in this category: « The Maono WM820 B2 wireless microphone system Alogic provides the must-have power chargers for those on-the-go »
Share News tips for the iTWire Journalists? Your tip will be anonymous