The Logitech Lift is the wrist-friendly ergonomic mouse for everyone 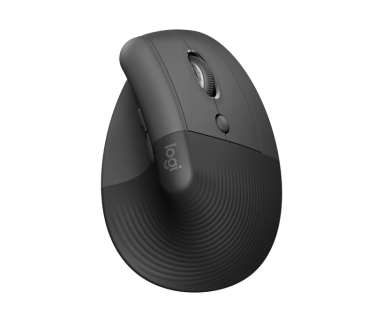 Logitech has been at the forefront of reliable mice and other computing hardware for 40 years. The Logitech Lift is its latest venture, an ergonomically-inspired vertical mouse that allows your arm to rest comfortably.

The Logitech Lift is easier to show than it is to describe; it’s a mouse with all the capabilities of a mouse (plus more) - click, drag, scroll - it’s all there. Yet, instead of a conventional mouse that we all use where you twist your wrist to lie flat on top of the mouse instead you rest your arm on the table and let the mouse sit inside your hand - leaving your wrist straight.

Yes, the Logitech Lift is a vertical mouse designed to provide greater comfort. It’s aimed at everyone but undoubtedly makes life easier for those with carpal tunnels or repetitive strain injury or other situations that may make twisting their wrist difficult. And, of course, it makes life easier for everyone who would rather avoid such discomforts in the first place. It’s backed with research and design from Logi’s Ergo Lab.

Being a vertical mouse the left and right buttons and scroll wheel are on the right-hand side under the palm of your hand, while other special programmable buttons rest under your thumb. You move the mouse by moving your hand - well, of course, but this time by moving your hand while it remains resting in a natural, untwisted position.

Like I said, it's easier to show it than describe it - and while it’s pretty intuitive to use it does take a small bit of getting used to. That’s not unusual - we’ve trained ourselves to work in unergonomic ways as computing technology has evolved. After all, the whole reason we use QWERTY keyboards is because that layout slowed typists down to prevent them from jamming the hammers on a typewriter back in the day.

The more I used the Logitech Lift for business (which, might I note, can also be used equally well for personal use as it can for business) the more natural it became to glide it across my desk, almost as if I was conducting a symphony. Left and right clicks were seamless, and it was effortless to click the programmable buttons under my thumb also - buttons I might not ordinarily use on a conventional mouse.

It's a nice bit of hardware and Logitech has imbued it with their usual flair for quality of life improvements. For example, even the battery cover pops out with ease. It simply sits in place, held by three magnets, until you give it a small press. Here’s where the single AAA battery sits, and if you don’t have Bluetooth you can also find the Logitech Bolt USB wireless receiver safely stored here. Take it out and plug it into your computer to pair the mouse with it.

The mouse is supplemented by Logi Options+, a free downloadable Mac and Windows app to update your device firmware, customise buttons, create gestures, and even let you work across multiple computers from the one keyboard and mouse.

Using Options+ I could adjust the pointer speed (default 50%) of the Logitech Lift, as well as customise the two programmable buttons. You get options for front and back (as in website navigation), copy/paste, volume up/down, undo/redo, or you can add your own programmed keyboard shortcut.

These programmable settings can differ based on application too, for specifically recognised apps. In my case, Options+ identified I had Chrome, Excel, PowerPoint, Teams, Word, Safari, and Zoom all installed. It duly set up its own special settings for each, though I could change them if I wished. In Teams and Zoom the two programmable buttons allowed me to toggle video and mute and unmute the microphone. In Word, Excel, and PowerPoint they were undo and redo, and in Chrome and Safari they were forward/backward. 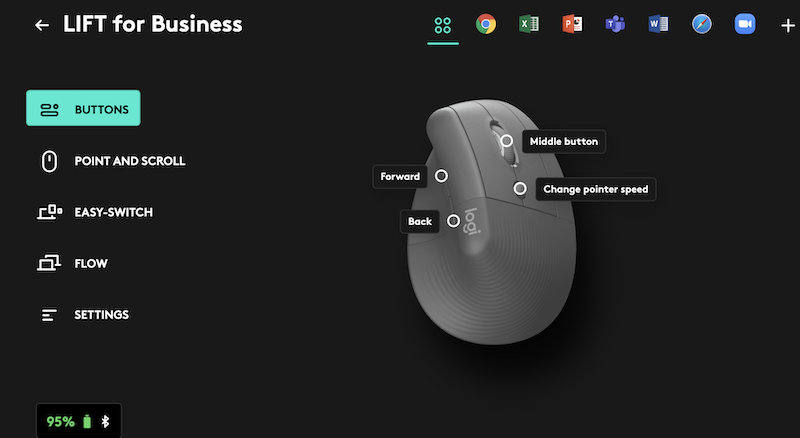 Options+ also shows the devices your mouse is paired to, in case you forget, and it lets you set up Logitech Flow. This feature was remarkable; by installing Logitech Options+ on other devices you can move your mouse pointer from one computer to another, whether using Windows or macOS on either side. You can also copy and paste text, images, and files. It’s quite a terrific feature. 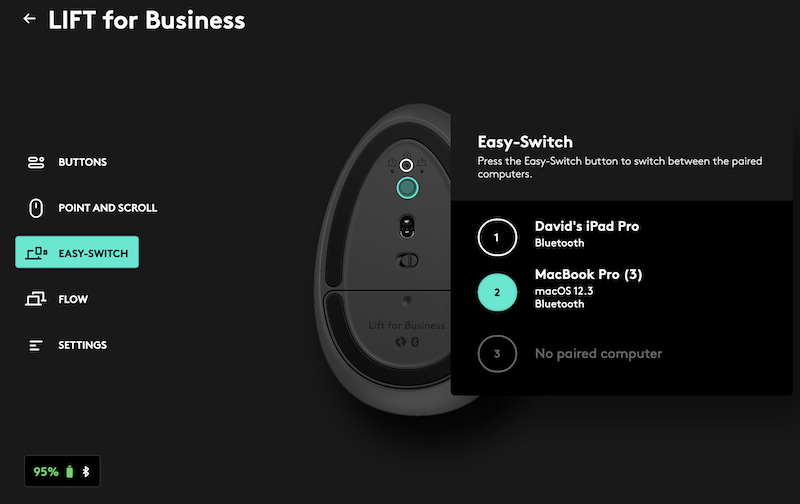 Options+ isn't specifically for the Logitech Lift - it also supports the excellent Logitech MX range and the colourful Logitech POP range among others - but definitely supplements it and provides configurations and functionality you wouldn’t otherwise have. Another of these is to swap the left and right mouse buttons for all the lefties out there.

See it here for yourself:

More in this category: « Rest easy with the Happy Plugs Play pink gold headphones that look good, sound good, and keep your child safe The Alogic DX3 universal docking station brings power and vision to your working day »
Share News tips for the iTWire Journalists? Your tip will be anonymous