The EPOS H3 Hybrid gaming headset plays wherever you do 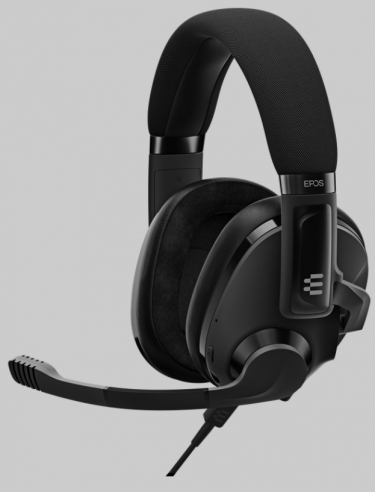 The excellent EPOS H3 headset is back, but better than ever, in a new hybrid version with wired and wireless options as well as a detachable microphone.

iTWire has previously looked at the EPOS H3 headset back in May. The wired closed acoustic unit was a solid unit with excellent low-frequency performance, an accurate midrange allowing bass without missing out on nuanced audio. Its highs were clear, assisting in positional audio. The studio-quality microphone maximised clarity, with an adjustable boom that could be lifted to mute.

It's a great gaming headset and came bundled with two removable 3.5mm audio cables, one for devices that could transmit microphones and speakers on a single wire, and a second cable for those devices which require a separate microphone and line out cable. It was also a comfortable headset with a solid feel, providing robustness with soft earcups and flex for smaller and larger heads.

As a wired device it didn't need charging, nor was there any concern about latency between in-game action and the audio reaching you.

So, it was with great interest iTWire explored EPOS' new offering, the H3 hybrid - including all the great features of the H3 before it, but with Bluetooth, a battery, USB, and a detachable microphone.

First and foremost, like the original H3, the H3 Hybrid is a gaming headset. It's designed for gamers with uncompromising audio that faithfully replicates lows, mids, and high audio frequencies.

Yet, it's also even more portable than ever and is a three-in-one device. As well as 3.5mm you can use the USB and console cable for gaming on your preferred platform, and connect to smart devices with Bluetooth or portable gaming devices via console cable.

In fact, EPOS upped the ante with a headset that can handle two simultaneous audio streams with individual volume controls. This means you can play a game on your console or PC via wire while chatting on the phone with a friend through Bluetooth. And while the boom microphone is magnetically detachable and re-attachable, you don't even have to use it. There's a secondary microphone built into the ear-cup.

As before, the headset is ratcheted for easy extension, there's an integrated volume control on the right earcup, and the earcups use memory cushioning foam for comfort.

The battery delivers 37 hours of premium audio via Bluetooth, 24 hours on a 3.5mm console cable, or 19 hours with dual connectivity using 3.5mm and Bluetooth. The headset charges via USB.

EPOS hasn't finished with the H3 range yet, announcing the future release of an H3PRO Hybrid model that is completely wireless, meaning there will be an H3 option for all gamers and price points.

For now, you certainly won't go wrong with the H3 Hybrid, offering you maximum gaming and smart device compatibility for all your gaming - and mixed audio - experiences, wherever you are and whatever you play.

More in this category: « Manage your blood pressure and more with the 3-in-1 wireless Withings BPM Core Dominate the enemy with the Corsair M65 RGB Ultra Wireless mouse »
Share News tips for the iTWire Journalists? Your tip will be anonymous