MSI Creator 15: An Ultimate Laptop For Content Creators with an Ultimate Battery 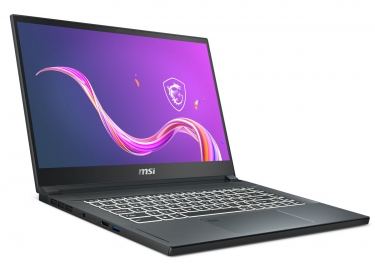 REVIEW PROMOTION In recent years, digital designers latched onto gaming laptops because they offered the best combination of power and portability.

More recently, the industry has shifted the other way: the portable, high-performance units are now targeted at creative professionals who desire more-sophisticated styling and quietness that won't impact a silent studio. But powerful components will always impact upon battery life and portability and it’s this point that the industry has, as yet, failed to address… until now. Say hello to MSI’s new Creator 15.

Creative professionals expect both form and function and the industrial design offered by MSI’s Creator 15 ticks both boxes. The stylish Carbon Grey aluminium chassis has a sandblasted finish leaving it both looking and feeling luxurious. But, beneath the fine façade, it’s robust enough to operate in the most demanding conditions. It’s rated to the military-grade MIL-STD-8109G certification, which makes it drop resistant, spill resistant and able to function in very hostile environments. All this, in a chassis that weighs just 2.1kg!

Ridiculously thin and light considering the size of the battery.

The Creator 15 boosts is portability credentials with its whopping 99.9Wh battery – the largest size allowable by the FAA’s PackSafe regulation. A nine-hour battery life might not sound very new in the world of ultraportables that rating typically focus on office tasks, not for power-intensive, design applications. In this sense, it’s transformative. For once you can expect all-day productivity on a workhorse computer that doesn’t weigh you down.

So far so good, but we haven’t opened it up yet. The solid, stylish lid encases a variety of IPS-based, screen options that all utilise MSI’s True Colour technology and which have ultra-thin bezels plus features that will delight designers. All of them display 100 per cent of the Adobe RGB colour space, have a Delta-E rating of less-than two, are CalMAN verified and are each manually calibrated in the factory. Options include a high pixel-density Ultra 4K screen with more than 220 pixels per inch, a Full HD, 10-point, multi-touch screen or a regular, Full HD screen. All can operate in eight, different, easily-accessible colour modes including Cinema, Office, Eye Saver, P3, sRGB and Adobe RGB. Furthermore, it can be folded down completely flat and the image can be easily flipped just by jabbing the F12 key; making it simple to show clients sitting opposite you what you’re working on.

Sitting above the display is an HD, IR webcam. This, combined with the fingerprint reader in the track pad, is Windows Hello compatible for rapid and secure log-in. The Fingerprint reader can also be teamed with an optional TPM 2.0 module for additional security and works with FIDO 2 authentication for rapid software and service sign-ins.

The full-sized keyboard uses large, white-backlit, Scrabble-tile keys (including arrow keys) that have low-travel actuation. This makes it very comfortable and accurate to type on for extended periods.

The Creator 15 is based around the brand new, hexa-core, 10th Generation, Intel Core i7-10750H processor which has a base speed of 2.6GHz and Turbo Boost of 5GHz – making it 15 per cent faster than the previous generation. It can be flanked by up to 64GB DDR4-2666 RAM and two M.2 2280, NVMe SSDs so it will fly through any 2D-based application and provide plenty of super-fast storage.

For 3D work, the Creator 15 is available with all Nvidia’s top RTX GPUs: the 2080 Super, 2070 Super, 2070 and 2060. For those who don’t need maximum 3D grunt, it can also be had with the wallet-friendly GTX 1660 Ti too. Quite simply, whether you want to play the latest games or quickly render some sumptuously simulated scenes, it won’t leave you waiting around.

If all that power makes you nervous about thermal issues – especially in such a thin laptop – MSI's Cooler Boost Trinity+ technology has you covered. This uses three, highly-efficient, 67-blade fans plus multiple, 25-per-cent-wider heat pipes to improve airflow by 15 per cent over its predecessor.

The cooling works in conjunction with MSI’s latest Creator Center application to help manage and optimise the PC’s performance for different scenarios. Simply prodding the F7 key will cycle between High Performance, Balanced, Silent or Super Battery mode to tailor the balance between power, noise and cooling, just so. 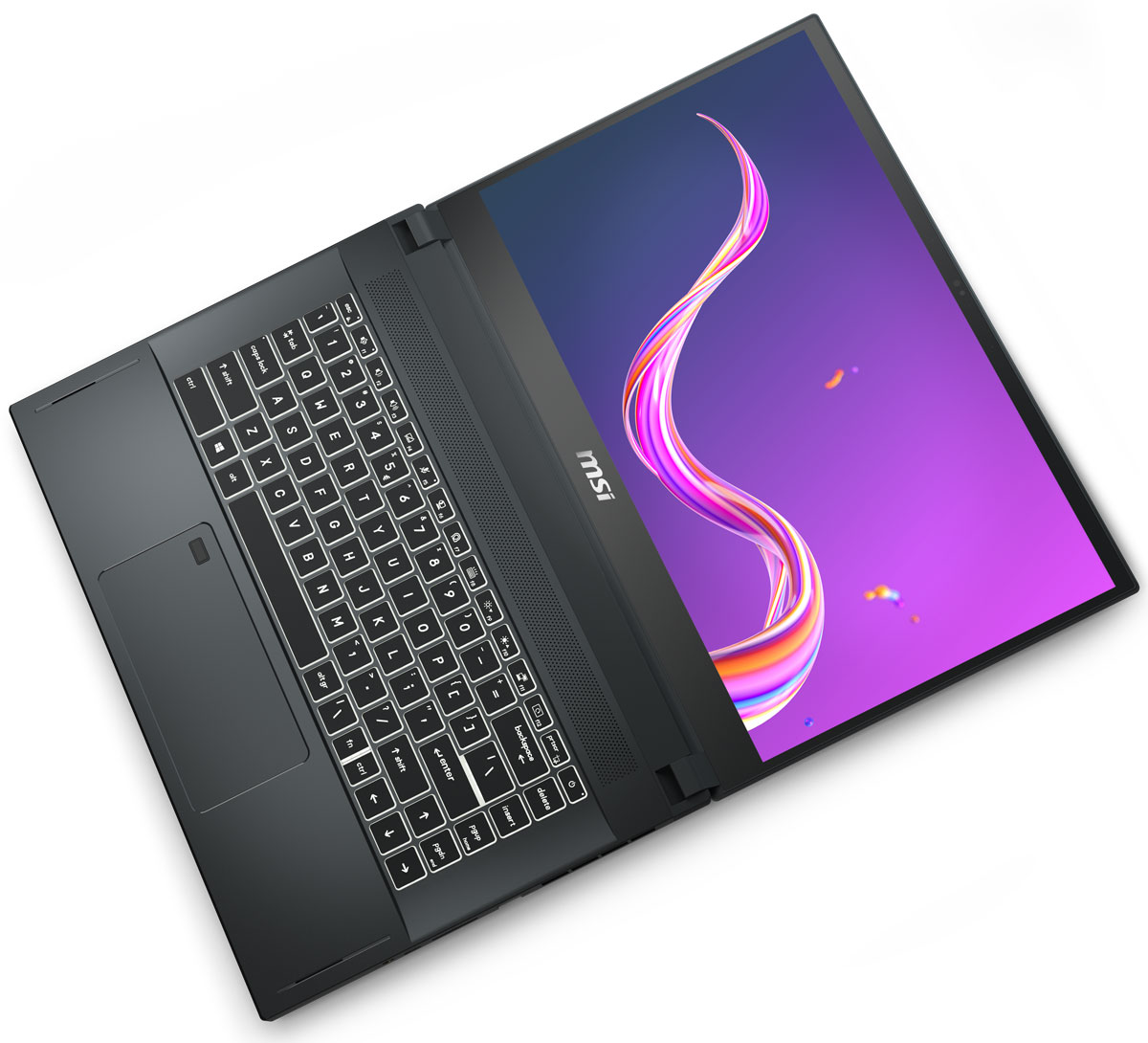 The Creator 15's screen folds down flat and can be image-flipped just by pressing F12.

The MSI Creator Center application itself offers an array of simple-to-operate, monitoring and management tools. Creative professionals will especially like the ability to prioritise app processing – using a drag and drop interface – to ensure that your favourite Adobe application is running in the foreground without background tasks interfering.

Creative professionals deal with massive media files and don’t like waiting for them to transfer between locations. MSI recognises this and has kitted-out the Creator 15 with a full complement of latest-gen connectivity. There’s a Thunderbolt 3 port (with PD charging) a USB-C 3.2 port and a USB-A 3.2 port. There’s also a full-size HDMI 2.0 port, Gigabit Ethernet socket and a 3.5mm audio jack. MSI also includes a full-sized UHS-III SDcard slot which is capable of blistering 624MB/s transfer speeds. The latest Wi-Fi 6 and BlueTooth 5.1 wireless connections are also included.

Let’s face it, many ultraportable computers sound terrible with their tiny speakers and lack of volume. However, MSI has addressed this with its, “Two-sided passive radiator design speaker.” This provides a 10dBA average increase in volume, a 15 per cent boost to sonorous bass beats plus a 26 per cent smoothness increase to high notes. It’s also integrated with Nahimic’s Hi Res audio technology for extra signal processing and easy-to-share audio via BlueTooth.

With its svelte, 358 x 248 x 20mm dimensions, weight of just 2.1kg (despite containing the largest-battery allowed in a laptop) and being married to the best-available componentry, it packs a supreme punch for an ultraportable. That its very robust chassis looks incredibly slick is both the icing on the cake and the cherry on top too. Ultimately, the Creator 15 ticks every box for the most demanding creative professional who needs portable power on a pulchritudinous platform.

Click here to buy the Creator 15 from mWave, now!