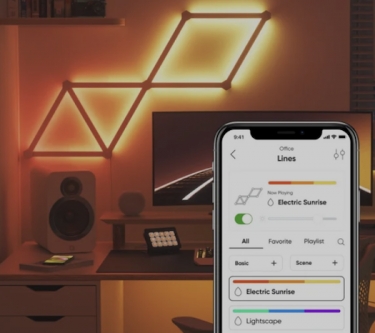 Nanoleaf continues its march in making the most creative and customisable smart lighting solutions possible with the Nanoleaf Lines Squared.

Nanoleaf is well-known for its shape-based smart lighting, with hexagons, triangles, and all kinds of things. It’s also recently released the Nanoleaf Lines - a set of straight light bars with hexagonal connectors spaced at 60 degrees. iTWire looked at those previously and made our own little wall creation to spice up the office.

Well, Nanoleaf is upping the ante on its Lines with the brand-new Lines Squared. This time the connectors are spaced at 90 degrees, thus allowing you to make runs of straight lines or 90-degree or 270-degree connections, again making your lighting your own.

The product comes in a starter kit with four Lines Squared bars, a bunch of connectors, a power plug, and a control unit. You can take your creativity further with separately-sold expansion packs that contain a further three Lines Squared bars and connectors.

Design your ideal pattern on the table first, and when ready affix the connectors to the walls either with the supplied double-sided tape or via screws, through the mounting holes on the connectors. Then, simply clip the Lines into the connectors. You can take them out just as easily if you ever wish to rearrange your design. 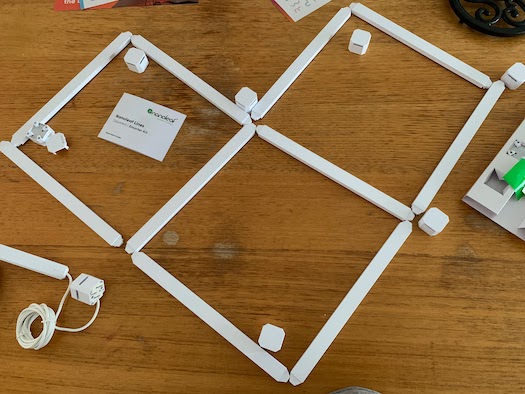 Each bar - or Line - has two colour zones, provides 20 lumens of light, and has a lifetime of 25,000 hours. Of course, that brightness can be dimmed or increased via the control unit, voice commands, or apps. Nanoleaf provides its own app for smartphones and desktops that helps you add and manage your lights, and if you have an existing smartphone ecosystem you’ll find it easily slots into Apple HomeKit or Google Home allowing you to control your Nanoleaf through those apps too.

And here we are - a nice heart-shaped light for the youngest member of the family to help him sleep at night, and which can be controlled by a schedule, set to different themes and patterns, and turned off and on remotely by parents. It's not only pretty fancy and special, but it is much better than him keeping his main room ceiling light on all night (and all day!) 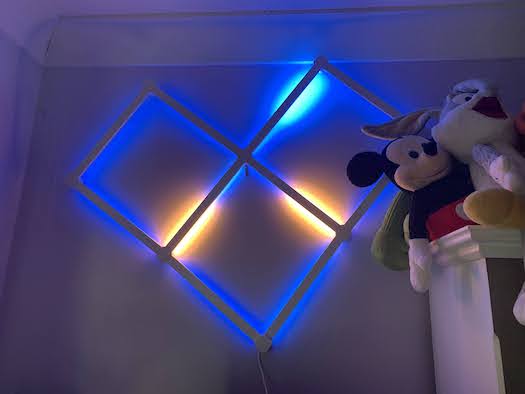 The Lines also work as a Thread border router and are compatible with IFTTT, SmartThings, Razer Chroma, and Corsair iCue too - meaning you can totally integrate the Nanoleaf lights into your entire ecosystem whatever it may be.

Check them out in action below, and also be sure to keep an eye out for Nanoleaf’s Black Friday sales too.

More in this category: « The EPOS Expand Vision 1 personal USB camera gives you a conference room wherever you are The BlueAnt XT100 soundbar and BlueAnt XT120 soundbar with subwoofer bring affordable and crisp audio »
Share News tips for the iTWire Journalists? Your tip will be anonymous