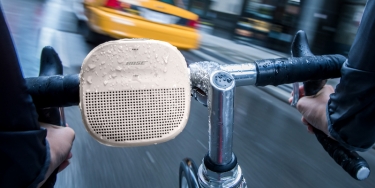 The king of home audio shows it's the king of portable audio also, with these lightweight, weatherproof, smart, highly-connected offerings.

Bose has long been established as a high-quality audio brand, but its offerings aren’t confined to the lounge room. Sure, you’ve seen the Bose QuietComfort range of headsets, but you may not know the company has a wide range of affordable, portable speakers too - which bring the good old-fashioned sound engineering Bose is known for and the smarts and connectivity of today.

Founded in 1964 by Amar Bose, the business rapidly established a reputation as an aspirational brand based on selling equipment oriented towards quality rather than budget-priced gear. The brand has a humorous mention in such pop culture items as Adam Sandler’s 2006’s Click (warning: one obscenity is used):

Bose featured as the inaugural "brilliant brand idea" from Brandgym, explaining, “if you have ever tried a Bose product, they genuinely deliver better sound.” This is underpinned by the mantra of better sound through research and with targeting geared to specific applications such as home stereo or pilot headphones.

Today, Bose is one of the top speaker brands in the world, best known for its incredible audio systems and speakers - so you could well be forgiven for thinking Bose is for fixed-room installations and even for people with deep pockets.

Bose is challenging that perception with a wide range of portable options that deliver the great sound you expect - with surprising volume and bass from such diminutive units - and at the same time are affordable and imbued with great smarts for the modern day.

iTWire tried out two such options for ourselves.

The Bose SoundLink Micro Speaker is as adventurous as you are and is designed for getting close to nature. You can take it hiking, boating, bicycling, or anywhere else you’re heading. It has tear-proof straps, is IP67 waterproof and dust-proof, and it withstands drops, crushing, shocks, and dust. It runs for up to six hours per charge. 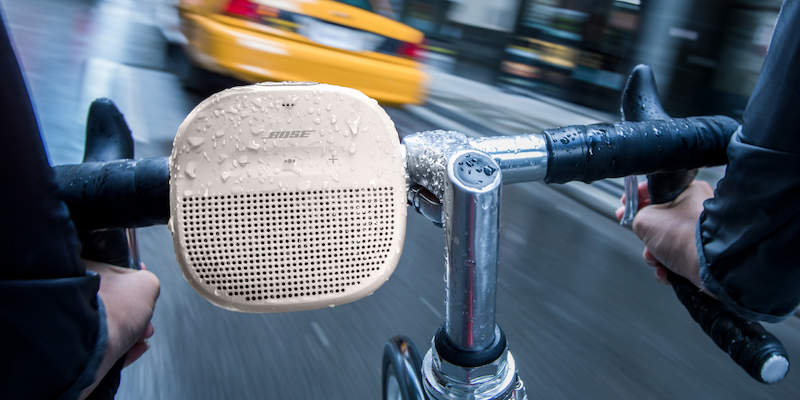 You've undoubtedly heard of IP ratings often - your phone, headphones, and all sorts of gadgets have IP ratings. However, it’s not always clear what this means. First of all, IP stands for “ingress protection” and is an internationally-recognised standard of how well a product protects against solids (the first digit following the IP) and liquids in varying volumes, pressures, and temperatures (the second digit).

Protection against solids is rated from zero through six where zero means there is no special protection, a one means there is protection against solid objects up to 50mm in diameter, through to the higher numbers. IP five is protection from dust, with limited ingress allowance, while IP six - the highest - is complete protection against dust over an extended time. That’s where the Bose SoundLink Micro Speaker sits so you can confidently delve into caves with it strapped to your backpack. Or, use it in the shower! It doesn’t have to leave home; instead, it can bring you the news and relaxing music while you unwind under warm water.

The protection against liquids has a wider range of ratings from zero through nine. Here, number seven means the unit is protected against short periods of immersion in water while under pressure, with depths between 15cm and one metre. That more than adequately covers you if it gets caught in the rain. You won’t want to go deep-sea diving with it, though not least because you likely couldn’t hear it anyway.

Consequently, if you're an outdoors explorer the Bose SoundLink Micro Speaker has you covered for clear, crisp audio with powerful deep bass in a highly durable, robust, resilient package. You don’t have to worry about taking it outside and exploring; you simply strap it on and enjoy the world with a soundtrack. It weighs a tiny 290.3g and is 9.83cm x 9.83cm x 3.48cm.

Not only does it play music, but it also has a microphone allowing you to control your digital assistants with voice commands and use it as a speakerphone and take conference calls on the run - and that may as well be a literal run given it is sweatproof.

Another feature, which the name hints at - is the SoundLink can be linked with up to five other Bose units (six in total) via the Bose app.

I tested the Bose SoundLink Micro Speaker indoors and outdoors, on foot and on bike and it truly provided room-filling sound when I wanted it to and quieter sounds when I also wanted it to, allowing me to ride without bothering anyone else but still hearing my tunes over the noise of traffic.

Yet, for something so light it again comes out with bold bass and a high range of volume. The experience is akin to televised talent shows where the judges are astonished by the voice that comes out of a relatively unassuming, retiring kind of character. 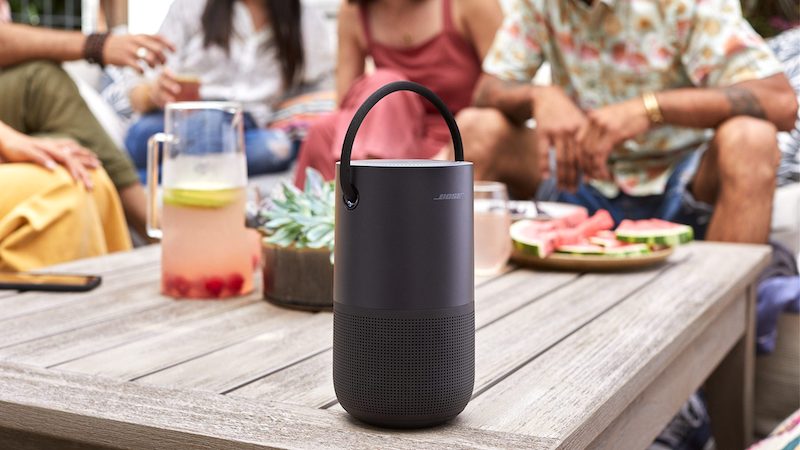 It delivers 360-degree sound that brings classics like Queen’s Bohemian Rhapsody to life, along with other musical items with clever audio tricks like Corey Hart’s Sunglasses at Night or Kid Laroi and Justin Bieber’s Stay. It delivers the creeping menace and severity of Pink Floyd’s Another Brick in the Wall as the eponymous Pink reaches his peak of tolerance, and yet also provides the clarity to pinpoint individual string instruments in Beethoven’s fifth symphony.

It's the sound Bose is known for, in miniature 19.15cm x 11.9cm x 10.4 cm form, while sporting modern connectivity. It acts as a Bluetooth speaker, Wi-Fi speaker, supports Apple AirPlay 2, has the Google Assistant and Amazon Alexa built-in, and can link up with other Bose smart speakers through the Bose music app.

It plays for up to 12 hours per charge, and a convenient charging mat is also available as an optional extra.

It offers IPX4 protection, which means it can withstand splashing water from any direction, but you will want to keep it inside mostly or in the yard; save the mountaineering and rainy weather for the Bose SoundLink Micro Speaker, and use the Bose portable home speaker to amp up your next party. Or, treat it like your personal boombox and walk around blasting out your tunes. Whatever you want to use it for, it can beef up your lifestyle through better audio.

Both products are available now, direct from Bose with a 90-day risk-free trial, a price match promise, and free delivery. You can also buy them from JB Hi-Fi and most audio outlets.

The SoundLink Micro comes in four colours - black, blue, orange, and white - while the Portable home speaker comes in black and silver.

Do your ears a favour; check out the Bose portable range and give your life a soundtrack.

More in this category: « The Alogic 27" UHD 4K monitor is Clarity by name and clarity by nature Cyber Acoustics speaker bar CA-2890BT »
Share News tips for the iTWire Journalists? Your tip will be anonymous