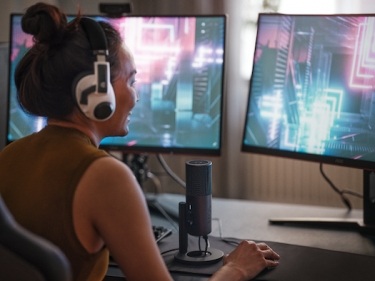 Epos Audio has released a range of high-quality audio equipment over the last two years and today announced its first microphone - and what a microphone it is. The Epos B20 is a studio-quality microphone with a premium feel but at an affordable price.

Epos has demonstrated its audio engineering excellence across business and gaming products such as the Epos H3 closed acoustic wireless headset or the Epos Expand 80 Bluetooth conference phone.

Today's launch of the Epos B20 microphone represents Epos' entry into the microphone category but continues the company’s missing of delivering precisely engineered sound with high-quality materials and craftsmanship.

In this case, the B20 looks and feels elegant yet robust. It offers a simple USB connection along with a headphone-out jack. The microphone includes a mute button, a dial to select four audio pick-up patterns, gain and volume controls.

The B20 is studio quality and when I first plugged my headphones into the microphone I was truly blown away by the clarity. I could hear my children, across the room, as if they were standing right next to me. Every word was crisp and clear, and right there. The headphone jack can be used for real-time voice monitoring and game audio mixing.

The microphone is aimed at podcasters, streamers, creative professionals, and anyone, really, who wants high-quality audio. It is compatible with PC, Mac, and the PS4, and is available for an RRP of $329 in Australia and $349 in New Zealand. It can be purchased from Epos Online, JB Hi-Fi and selected retailers. 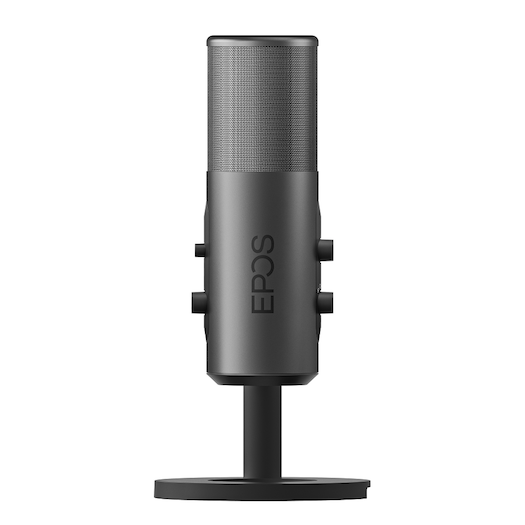 For those into the details, the B20 transmits in 24bit 48kHz, reduces unwanted background noises, and delivers clarity without compromising on deep bass and treble tones. The audio pick-up patterns are stereo, omnidirectional, cardioid, and bidirectional. These allow you to control the sides your microphone is paying attention to, and which sides it is ignoring. Its electronics are contained within an aluminium housing. While it can be hand-held, the package includes a desktop stand and 2.9m cable, but the microphone can also be mounted from the ceiling or a monitor or boom arm with a standard 3/8 thread.

Epos’ Gaming Suite software is available for PC to update the microphone’s firmware. This software also allows you to save your sidetone, volume, and gain preferences to easily re-apply them at any time.

iTWire tested the Epos B20 out and as said above, was immediately stunned by how sharp and clear its pickup of voices across the room was, let alone that which I was actually recording. Plugging in by USB was as effortless as you’d expect. It’s a shockingly good microphone, offering truly professional quality, yet at a price point far lower than you would expect for a studio-grade device.

See it in action here: