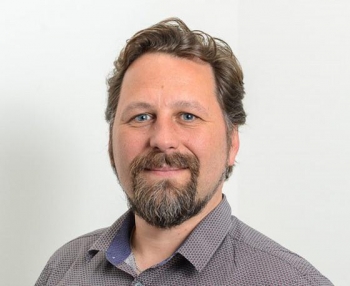 Achieving the desired outcome from digital transformation projects may require hiring people you don't think like you, or your existing staff, according to recently appointed ThoughtWorks Australia managing director Kristan Vingrys.

Vingrys suggests that digital transformation is really about moving quickly to innovate, understanding what actually happens as a result of that innovation, and then making any necessary adjustments and changes.

For that to work, the organisation must have the right culture, he told iTWire. "The end goal is success," so it's not about 'failure' (fast or otherwise), but rather accepting the results of testing and learning from the experience.

For example, if it becomes apparent that a project is not going to succeed, the sensible path is to stop and do something else.

But it shouldn't be left to senior managers to make those decisions – the people doing the work need to be empowered to make them.

In turn, that requires a clear vision of the desired outcome, and the identification of leading indicators of success.

In those circumstances, the team can be left to get on with the job, exploring various routes to the desired end.

It can be a challenge for leaders to know when they need to step in. Vingrys points out that internal debate is a sign of a high-performance team, providing the debate remains professional (ie, the arguments do not become personalised) and the project keeps moving forward. But deadlocks sometimes arise, in which case the leader has to make a decision so things can proceed.

What leaders do need to avoid is becoming involved simply because the team has made a decision that they wouldn't, as that wastes the value that comes from diverse thinking.

Team diversity isn't just about representing a wider range of the population (though that is important, especially when developing software for use by the general public), it's also about diversity in thought, because different approaches and views can lead to better outcomes.

However, that diverse thinking has to be aligned with the organisation's values (eg, being open, honest, transparent and empathetic) so that team members hear each other out, make a decision, and move on, he said. There also has to be a willingness to quickly adjust plans when that proves necessary.

Soft skills are increasingly important, because today's projects are generally team work rather than a job for a "heroic individual".

Consequently, ThoughtWorks recruits from a field of candidates that's broader than the usual IT graduates. People looking to make a career change are particularly encouraged to apply, because they bring valuable skills to the company, and can learn the technical skills relatively easily.

Vingrys gives the example of ThoughtWorks' UK operation hiring a former family lawyer who was good at negotiation, stakeholder management and dispute resolution.

That's not to say ThoughtWorks is not concerned with demographic issues such as gender diversity. "We actively work on that," he said, adding that there was an approximately even split in terms of gender.

There is a war for digital talent all around the world, Vingrys said, so employers need to look more broadly for the right people, even if their technical skills need to be developed.

More in this category: « Executive demand in tech sector rebounds, as other sectors see demand falling ICT second strongest sector in job ad growth for 2018 »
back to top