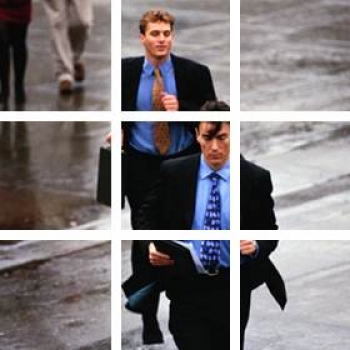 The IT sector has been falling by the wayside in the executive demand stakes over recent times, with demand for execs falling in December and now January.

According to the latest EL Consult executive demand Index, Information Technology has been the “outlier result” of recent months, with the falls in December now followed by a further drop of 15% for January.

Montgomery says a significant reduction in New South Wales and Victoria created the conditions for the losses, counteracting gains from Queensland and South Australia.

“The jigsaw movement of this sector (IT) is a factor of the amount of investment being made in software and hardware and large projects can have a significant impact,” Montgomery observes.

Across all sectors In January, gains were recorded in the “more steady” financial, management and marketing sectors, with management leading the way – while IT recorded the largest fall, with Engineering also lower.

Among the states and territories, New South Wales managed the best result out of the larger states, followed by Victoria, while the two states with the largest exposure to the mining sector, Western Australia and Queensland, were the only states to record negative results in January.

Montgomery says that, overall, the EL Executive demand Index started the year with an “agreeable 7% increase over the holiday period and a whopping 18% over the same period last year”.

As Montgomery observes, the results are “considerably better than the general malaise chatter around the economy at the moment” and suggest a slow steady increase in growth and employment in the economy for much of 2016.

“The biggest tell is perhaps the increase over the same period last year of 15%. This is significant given the extreme international volatility in large economies such as China and even Europe experience during the year.

“Locally the recent credit agency downgrades of some of our largest companies such as BHP Billiton has also had an impact. Profit falls from commodity producers has ramifications across the economy and not just the resources sector.

“So all in all, a steady, but not dynamic, growth outlook for 2016 is pretty positive news.”

And, looking forward, Montgomery says growth is what adds to executive opportunities and from this point of view 2016 will be “tough and sparse but new positions will keep trickling through”.

“There is no question that we have overcorrected for China. The opacity of the Chinese market has increased uncertainty and the volatility of their stock markets and the failure of those markets to respond to previously accepted government influence has given the Chinese themselves the jitters let alone the rest of the world.

“Slowly, as the Chinese bourse moves to less command based and more market based principles it is likely to settle down with buying and selling less panicky and less based on opportunities created around government initiatives.
“Let’s hope anyway.

“In the shorter term the world demand for Australian commodities such as iron ore is going to pick up slowly but it will take time. There is an excess of production and buyers are having a field day with some smaller producers willing to take just about any price to survive.
“Clearly, if these marginal producers fall out of the market, supply and demand will get more in cinque but that is not going to happen any time soon.”

Montgomery sees the outlook for 2016 as:

“Some executive job growth, a reasonable Australian dollar and low energy costs, but no booms on the income side.

“Of course no one can predict bust or booms with certainty but my feeling is that the storms are over, and the increase in executive demand is likely to be slow and steady.”

More in this category: « Science, IT holding up in poor WA employment market Skills gap to follow Baby Boomers exit – but still a place for some »
Share News tips for the iTWire Journalists? Your tip will be anonymous