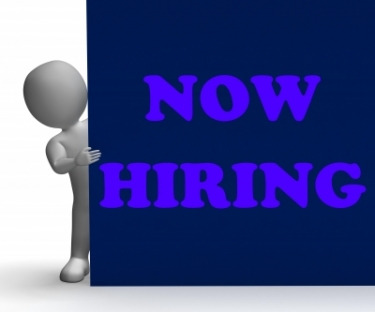 The number of new jobs on offer to Australian executives increased in July despite the severe and continuing lockdown in New South Wales and occasionally other states, according to a new report from human resources firm EL Consult.

The E.L Index has now risen seven times out of the past eight months and CEO of E.L Consult Grant Montgomery says “the severe COVID-19-related lock down in NSW has not seemed to affect the results too much this month with an overall rise of 9 per cent.

“In fact, the gain saw New South Wales feature strongly with an 11 per cent gain, in the region by region results, putting in a far performance than other states such as Queensland and Western Australia,” Montgomery notes.

“New South Wales is the largest state economy and accounts for one-third of Australia's output so it plays a crucial role in the health of the overall Australian economy.

“It is clear that businesses are still looking towards the future, despite economists saying that the lockdown in that state is costing the economy $1 billion a week.

“There is of course rolling lockdowns in Victoria, but that state also performed well with a 9 percent rise indicating there is still plenty of life left in the economy.”

Montgomery said there could be some bounce from the financial year as companies begin implementing their new year plans “but looking at it on a sector by sector shows some real underlying strength in the economy”.

“Management, is a quasi-government hiring indicator, and this sector picked up as to be expected with bureaucracies starting to spend their the new financial year budgets particularly in all the big states,” says Montgomery.

“Management continues to rise strongly as government invests in new positions after the COVID-related changes, which has really required government to supply a whole raft of services that would not have been considered necessary – or possible – in the pre-COVID environment.

“This was led by a large increase in New South Wales despite the lockdown or perhaps, because of it.”

According to Montgomery“it is becoming very clear to businesses, if they hadn’t already known, that communication with their executive team and for that matter, their customers is now via computers. Having up to date and efficient IT systems is the only way forward and for that matter essential for survival.

“The most badly effected was Engineering vacancies which took its first dive in several months - clearly a result of NSW banning construction work for a period.

“NSW alone dropped 17 per cent in engineering as those businesses concentrated on how to deal with the government’s decree that only crucial construction work could continue, basically stopping most construction projects in their tracks,” Mr Montgomery said.

“Roles in finance, a big performer last month, fell away as demand at the end of the financial year dropped after the typical accounting rush.

“While anecdotal evidence suggests most executives are finding this lock down far more painful than the first one - that had some kind of novelty factor - they are now “past it” and are raring to get back to the socialisation and focus of working in an office.

“Despite this, it is clear that computer communications even between neighbouring offices has ruled the day and we expect continued strong performances in this sector,” Montgomery concluded.