ITPA has reservations about approach to attracting global talent Featured 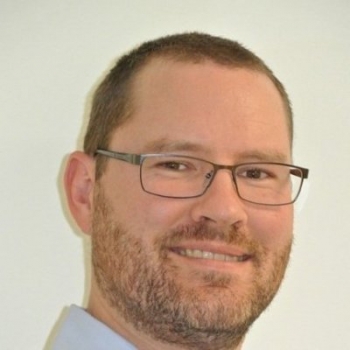 The Information Technology Professionals Association, an IT lobby group, has raised strong concerns that current practices to overcome skills shortages in Australia are seemingly facilitating recruitment to lower-end roles which could easily be filled by local graduates.

ITPA made its concerns known in reaction to the federal government’s newly announced Global Talent visa scheme designed to attract highly skilled global talent and deliver innovation to Australia, with a pilot programme to be launched from 1 July.

ITPA president Robert Hudson says the announcement this week of the visa scheme “served to broadcast the federal government’s intention to once again fiddle at the edges of skilled worker immigration visas that are inevitably relevant to the IT industry”.

The Global Talent Scheme has two streams – one for established businesses with an annual turnover of more than $4 million and another targeted at technology-based and STEM-related startup businesses.

“Australia’s IT industry has always seen skilled migrants brought in to supplement local shortages and to some extent this is still needed to keep growing,” Hudson said.

But, Hudson said ITPA’s support for skilled visa programmes stopped, however, with current practices that seem to facilitate recruitment to lower end roles.

“Too often we see attempts by larger IT services and solutions integration organisations to deflect to the importation of niche proprietary skills that are already in existence elsewhere in the world at a lower cost,” he said.

“What we would like to see from government is positive solutions that deliver ongoing secure, full-time work for Australia IT professionals of all ages and experience.

“For example, there needs to be more accessible incentives for employers of IT professionals to train and employ locals. There also needs to be rigid, independent oversight from regulatory bodies to ensure tech companies are doing the right thing and there needs to be penalties for organisations that are caught flouting the rules.

“We need a government that facilitates genuine career development opportunities through encouraging in-demand industry training at tertiary institutions and internships for undergraduate students as well as graduate year and mentoring programs when they complete their degrees,” Hudson noted.

He said there should also be support for re-education programmes that help existing IT professionals and graduates transition into new roles being created in high-demand areas of the IT industry where skilled work visas are being granted.

And, he says that if there is a genuine lack of local workers with the required skills, then IPTPA would support allowing foreign workers to be brought in under equivalent conditions to what would be required to hire a local resource.

“Again, what we do not want to see is skilled workers from lower cost geographies moved to Australia at the lower-cost geography wages,” Hudson cautions.

“That is, we don’t want to see ‘skilled worker visas‘ used as a cost reduction tool where lower cost migrants are parachuted into roles that will displace local graduates and professionals perfectly capable of doing the job or that can be quickly brought up to capability with a little training.

“If the government is serious about delivering on its rhetoric around creating jobs for Australians, the IT industry is a prime example of where great progress can be made as demand for technology skills and services continues to grow.

“Without seeing details on how this new pilot is planned and enforced, it is hard to gauge whether the government’s claim that this new scheme will 'underpin business growth, skills transfer and job creation' as Mr Tudge claims in the release.”

“The offer of permanent residency after three years of a four-year visa would seem to fly in the face of this assertion and, for that reason, raises some concerns.

“At the end of the day, the biggest concern we have about this announcement is that there is very little detail on how the applications will be checked and the rules enforced.

“It is our strong belief that there does need to be some voice for experienced industry professionals — people who work daily at the coal-face — involved in the process of reviewing applications because, at present, it is too easy to circumnavigate the stated requirements.

“So, we will be watching with interest to see who makes up the industry advisory group being assembled to provide ongoing guidance for the pilot as declared in the press release. This body needs to be independent and impartial with representation from IT professionals.

“ITPA would be very happy to provide such expertise and advise government in this area. With over 18,000 members we have a broad range of skills and experience willing to help provide oversight to ensure the integrity of applications and ongoing compliance with the new regulations that are proposed.”

“Being able to access the right kind of talent quickly is the core challenge for fast-growing technology companies and start-ups in Australia.  A little while ago, the government flagged it wanted to do more to help trusted businesses access visas quickly and easily,” McCauley said.

“Typically in Australia that would mean big, established businesses. Thanks to input from StartupAUS and others, there’s now a ‘start-up stream’ which will help genuine startups access these new favourable arrangements too. That’s a real win for the sector and for companies looking to hire top quality global talent to help them grow. It’s encouraging to see the government has really listened on this."

More in this category: « Job ads up as ICT industry gets February boost IT on a roll as executive demand hits a high note »
Share News tips for the iTWire Journalists? Your tip will be anonymous