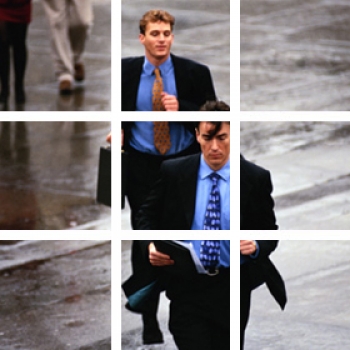 Demand for executives was marginally higher in March, with the IT industry once again the standout sector, gaining 11 points for the month.

The latest report on executive demand from executive search firm EL Consult reveals that the overall level of executive demand in Australian rose another 1% last month, despite falling iron ore price, a New South Wales state election and “dashed hopes” of another decrease in interest rates.

The IT sector led the way among the sectors, followed by the financial area that was assisted by a strong result in Victoria.

According to EL, the increase in demand of 11% in IT in March compared to February, continues the sector’s record of positive performances so far this year, with a straight three months of gains, albeit off a low base.

EL managing director Grant Montgomery says the IT sector has benefited from continuing demand for cost reductions across the banking and resources areas, with demand underpinned by positive results in New South Wales and Victoria.

The only two areas where IT executive demand fell in March to fall were Western Australia and the ACT.

According to Montgomery, given the negatives in the market across all sectors in March the gain showed there is some “underlying and slowly building resilience in the Australian economy”.

“Australia’s largest economic contributor, New South Wales, had its election in late March and we have often seen in the past that executive demand for engineering is very slow during an election result.

“However, the Executive Demand Index shook off the March limitations to register a positive result.

“In fact demand in New South Wales rose an overall 6%in March despite the election, showing the strength in that market.

“There was clearly a business expectation that Baird would get back in and infrastructure investment would occur. Many suppliers are now gearing up for future work.”

Montgomery says the March figures show that both the largest states of New South Wales and Victoria managed to pull the EL Index into positive territory, with all other states and territories except for Tasmania registering negative results.

“Given differences in state by state performances tend to be re-balanced in the following months, if New South Wales and Victoria can continue to perform positively then we can expect to see more increases in demand as we head towards the end of the financial year.”

Montgomery said clearly there were problems with the Australian economy but there was a “fair bit of resilience building up and the general outlook is positive particularly in the growing residential and infrastructure investment sectors”.

“As resource prices continue to fall, there is a drive to reduce production costs. Morgan Stanley says earnings-per-share growth for the share market mainly due to the resources sector, is now negative for and below 3% for the 2015-16 financial year.

“Some analysts and even the Federal Treasurer are suggesting iron ore could drop to $US35 a tonne. At this level the smaller Australian miners will be either underwater or at breakeven and there could be some quite savage restructuring. Already one miner has been suspended from trading, others are showing difficulties in refinancing their borrowings. The effects on consumer confidence and the market generally will be felt from a declining resources sector for some time.

“The Reserve Bank of Australia is now in a bind. It doesn’t want property prices to get too hot in Sydney, but at the moment the residential property construction sector is one of the only macroeconomic sectors going well and it wants that growth stimulus to continue.”

Montgomery also points to the fact that the number of new home loans for owner-occupiers rose 1.2% during the month in New South Wales, where house prices have risen 3% during the past quarter, while Victorian and Tasmanian owner-occupier loans rose by 0.6% but all other state and territories saw demand fall.

“Engineering jobs is the canary of the executive market and we expect there will be some considerable growth of jobs in this sector over the coming months.

“The largest improvement was to be found in Victoria but only by a small percentage in front of New South Wales, a good performance given the state election. The ACT and Northern Territory registered the largest falls.”

More in this category: « Gen Ys like the idea of ‘going it alone’ For Aussie employees ‘money talks’ »
Share News tips for the iTWire Journalists? Your tip will be anonymous