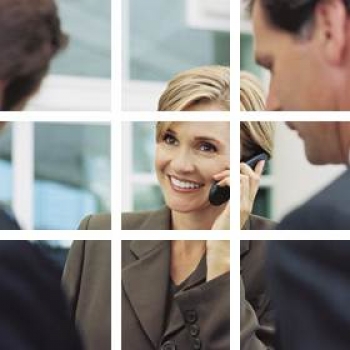 Australia’s technology sector registered the best result for November for executive employment demand, according to the latest report from recruitment firm EL Consult, with demand rising by 12% to redress losses in the prior two months.

The gains were led by New South Wales, Western Australia and the ACT, with particular progress in the business sector.

EL says that given the sector’s low base, relatively small movements in raw demand can lead to relatively significant increases in index performance.

Overall, across all industry and business sectors — with the exception of the tech sector — the EL Index was pulled lower by losses in a number of regions. Queensland and Tasmania were the only states to record positive results, while the biggest losers were South Australia, the Northern Territory and Western Australia.

“There is no room for error when it comes to Information Technology and the internet. They have to work - in terms of sales and security.

“The teams are extensive, although it should be noted they are replacing far larger teams. For example, the “software as a service” is replacing hundreds of accountants,” Montgomery said.

But, while the technology sector turned in a good performance for November, EL Consult asks the question – “Has the Australian economy passed its peak?”, as it reports that, “executive jobs clearly reflective of overall economic growth – is showing signs of tailing off”.

“Amid international turbulence, Australian political instability and an end of year slowdown has seen the E.L Index fall by 6% in November to register the first consecutive month of losses since April,” the report says.

Montgomery said: “After significant gains in most of 2018, we are starting to see some more temperate results in the executive job market.

“There are a number of reasons why the Australian executive demand market may be plateauing, both domestic and international.

Collected since 1995 the E.L Index has closely led international investment trends, indicating how sensitive the Australian economy is to global shocks.

“But locally it is the slowdown in lending by banks which was started to temper rising property prices but has quickly escalated into a general credit squeeze affecting confidence and businesses’ willingness to employ.”

Montgomery says that recent research by EL has shown that Australian executive demand leads international trends indicating how open the Australian economy is and how susceptible to global shocks.

“Interestingly, general employment growth is much more predictable, while executive demand is more volatile on the upside and the downside,” he said.

“Executive demand has followed international events closely and moves with the same general trends as the Standard & Poor’s 500 index, the main US share market Index.

“This shows that general confidence in the US, as reflected in the performance of its main share market indicator, has a clear correlation with Australian executive demand trends.

“The Australian executive demand has followed global trends and has continued to do so in 2018 as it followed the US economic situation that continued to improve.

“However, now there are five separate headwinds affecting markets:

“We can’t expect there to be significant changes in these headwinds in the near future. We are not calling a massive falloff in demand, but the gains since October 2015 have been strong and we expect an overall softening of jobs now and into the New Year,” Montgomery said.