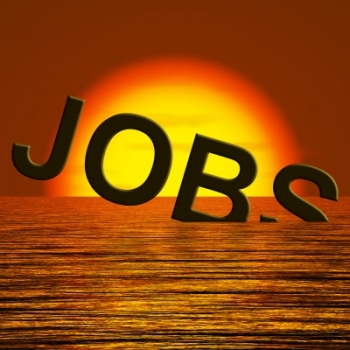 ICT executives continue to face an uncertain employment market as demand waxes and wanes in a generally volatile jobs market across all business and industry sectors nationally.

The latest executive demand index for September from EL Consult saw demand in the ICT sector plunge by 14% following a sharp fall of 10% in August after two consecutive months of increases.

Across the board in all businesses and industry sectors, EL reports that executive demand fell 5% in September, leaving the index with two consecutive months of losses but still significantly above executive demand recorded at the beginning of 2016.

On trend terms, EL says the index remains at its highest point since June 2013.

On the ICT sector, EL reports that losses in New South Wales, Victoria and South Australia were partly counteracted by gains in Western Australia and the ACT, but were not enough to produce an overall positive result.

“Like most other sectors the Index continues to be volatile but in a generally upward direction,” EL says.

EL Consult managing director Grant Montgomery says executive demand in New South Wales and Victoria fell during the month (September) but all other states were strong compared with the prior month.

“Much of the result in September came down to residential and infrastructure-related construction,” Montgomery says.

“While New South Wales was softer, dragging down the overall result, engineering demand in that state continues to be strong.

“Although some of the heat has come out of the NSW residential market, engineering continues to be good, thanks to completion work on apartments and strong government infrastructure spending.

“NSW has been Australia’s growth engine over the past few years as the main beneficiary of a housing and construction boom that replaced the noughties mining boom.

“But this month there has been a marked softening in the housing sector as banks increase their lending criteria which has created the first overall fall in executive employment in NSW for some time.

“Fortunately, strong infrastructure spending in NSW, as well as Western Australia and Queensland, has balanced out much of the effect of the slowing residential property construction.

“Softening in residential property settlement has so far mainly impacted on financial jobs which in NSW saw new positions fall by 10%.”

Montgomery also notes that in the recent comments of the Reserve Bank, interest rates are no longer a primary influence on business and consumer capital investment decisions.

“The investment equation has now tilted towards the effect of burgeoning taxes, such as property tax, banks' lending criteria changes and the lowering investor expectations of a future capital gain,” Montgomery says.

“This suggests a slow and steady cooling of the property market is underway and, as such, is unlikely to result in a hard landing.

“This gentle slowing of the private housing construction market is seen as a good thing that is softening frenetic investment buyer enthusiasm for a capital profit. The demand for new housing is likely to remain strong, particularly in NSW, and the supply through new apartment development will undoubtedly swing back as the population growth eats up the current excess stock.”

The EL Index for September reveals that the larger states that triggered the overall reduction in new executive jobs, New South Wales and Victoria, fell 13% and 10% respectively, while Queensland was flat. But all other states and territories were positive compared to the prior month.

“While most employment sectors rose in September compared with the prior month, management climbed down from its recent increases to fall 17%. Information technology was the other loser, down 14%. Engineering was the largest gainer, up 7%,” EL reports.