For recruiters, no greater time to be value adding 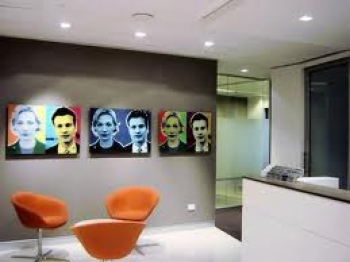 Sydney-headquartered IT recruitment firm, Finite IT, has expanded into a national firm over the past 15 years through organic growth. With offices now in Sydney, Melbourne, Brisbane, Canberra, Perth and Adelaide, Finite is one of Australia’s leading, mid-sized recruiters specialising in the IT industry.  Finite General Manager, Duncan Thomson, was interviewed by iTWire and gives his blunt assessment of an industry now going through tough times.

Duncan Thomson is under no illusions about how tough the recruitment market in Australia is at the moment but he’s also a believer in the old adage that what goes around comes around.

In short, the hiring market for agencies like Finite, operating in the IT sector, is as flat as a pancake, and not expected to pick up any time soon. But, pick up it will, and Thomson says the industry just has to hang on in there and wait until the better times return.

Thomson, as General Manager, is one half of the brother and sister team that has successfully built Finite IT, starting with just one office, to a national business with offices in virtually each state, and a Group turnover fast approaching $300 million.

Founded by his sister, Managing Director, Tracy Thomson in 1998, Finite expanded from one office in Sydney to open offices in Melbourne, Brisbane, Canberra, Perth and Adelaide.

Now, with a well-established national network, Thomson variously describes the recruitment market in Australia at the moment as flat, tough, challenging and characterised by increased competition, not only from the established players, but new entrants that have started up their own operation or merged and acquired with some of those established agencies. The recent arrival in the Australian market of the big South African-based agency, AdCorp, is one of those acquirers, buying Paxus, the Australian recruitment business owned by the American technology outsourcing giant, CSC, for US$73.5 million.

“A number of recruitment agencies, some of the bigger ones, are retrenching staff and we’ve just heard through the grapevine that one of our larger competitors has just made up to 10% of its workforce redundant.”  “So, it’s tough times,” Thomson adds.

But, while it is clearly tough out there, a fact borne out by another small to medium sized recruiter I interview, it’s not all gloom and doom. “It’s (business) out there but very competitive for what business there is. The pie is reduced so everyone is trying to make the most of where they are at,” Thomson observes, and also stressing that direct internal recruitment teams are taking a larger than ever slice of the pie away from agencies.

As in most industries, particularly in the services sectors, the key to not only surviving, but making the most of the limited opportunities for new business, is adding even greater value to a client’s business.

That’s certainly the case in the IT recruitment industry and Thomson emphasises this: “The industry, I think because of these subdued times, has to make sure that our services are relevant to what our clients are looking for. I mean things like trying to attract some of the niche skill sets and specialist professionals and being able to source internationally where required. These are areas where we, as an industry, can continue to add value.”

“We should look carefully at our service offerings and match them to what clients are currently looking for.”

The risk, too, for recruitment agencies in a relatively tight and cautious economy as Australia is currently experiencing in many industry sectors is that their clients – as many have already done - will cut their budgets and reduce, or eliminate hiring, until the “better times” return. Or, they are bringing their hiring functions in-house instead of paying recruitment agencies to do that for them, and increasing their direct internal recruitment capability.

“We can’t take anything for granted. You just have to keep an eye on the market, try to be proactive and adapt your services to the changing employer needs and make the most of what work is out there,” Thomson adds.

Fees and margins are also under pressure for recruitment agencies, particularly from large clients, so the industry, as Thomson points out, is taking a hit on a number of fronts. “The volume (hiring) is not there at the moment and we are all under pressure to ensure that we are as competitive as possible.”

The recruitment sector is a bit like the housing market was when property values dropped away significantly after the boom, and a “buyers market” prevailed.  Recruiters, at least in the IT recruitment sector that Finite operates in, are under pressure to cut the costs of their services to clients if they want the scarcer number of jobs on offer from clients who are in cost-control mode, as Thomson describes it.  “So money is pretty tight. They (clients) are asking for and wanting new talent, but salaries and IT contractor rates have definitely levelled off or even gone backwards in some cases and this is finally now being reflected in candidate expectations.”

While Thomson says the market is fairly flat now, and patchy across the various states and business and industry sectors, he thinks things have stabilised, “but I just don’t think they (salaries) are going anywhere fast.”

“As I said, it’s a patchy market. There are individual clients that are very busy but they are the exception. I think, in general, if you go through each sector you can find clients that are really just treading water, some that are shedding staff, and others that are thankfully, all systems go. The government sector, particularly at the national level, is also having an impact on IT recruiters like Finite. “The federal government has been very slow (in hiring) and I think that’s largely because of the government’s desire to deliver a budget surplus,” Thomson observes.

Of course, the idea of a surplus has now well and truly gone out the window for the Federal Government, and with the election now set for September, Thomson says the market for hiring by federal departments and authorities is unlikely to pick up quickly, although it may drive a spike in hiring to deliver some pre-election quick wins.

“Even after the election it would normally take two or three months time to sort out budgets, which takes us into the Christmas period. I don’t think a great deal of new work is going to be released and it may be a year from now until the market really picks up again.”

If Thomson’s right, and there’s not much doubt he is, that’s going to be a sledge-hammer blow for the IT recruitment industry, given the Federal government sector is one of Australia’s largest – if not the largest – buyers and users of ICT products and services.

At a state government level there’s some joy for IT recruiters, according to Thomson, with a lot of structural change happening, particularly in those states with a newly elected Government in place, such as New South Wales. “Thankfully technology is a key component of change, innovation and productivity so there is ongoing business there, it’s a case of going out and finding it.”

“The situation in each state is different, for instance the Western Australian Government election is  happening in March, there is a clearer picture emerging of opportunities in Queensland following the Campbell Newman Government win last year, and with the Gold Coast hosting the Commonwealth Games in 2018, IT hiring will pick up again, but it’s currently very tight up there.

One of the better sectors – relatively – in the last six months has been the finance industry, according to Thomson, who says regulatory compliance and consolidation in the sector has been driving change, with a “significant upturn in work in banking and finance that we’ve seen.  It has been very welcome.”

Returning to the theme of a challenging hiring/recruitment market for IT recruiters, Thomson says many clients have head-count restrictions and are being prudent and cautious. “They’re being very cautious, you know they’re cost–cutting, and I think the recruitment industry is finding that perm (permanent) hiring levels are way down, overall hiring confidence is generally low, and you are starting to see that in the figures the industry is posting. Many recruiters are getting out of the industry, having a career break or seeking a complete sea change.”

One of  the other issue facing many recruiters, is that some of their clients are seeking to save money by looking after their own hiring needs and investing in building a stronger internal capability, rather than using a recruiter. Thomson comments: “I think many clients are saying that while the market is subdued, we’ll look at keeping recruitment in-house, especially for permanent hires, if we can.”

“We are seeing a general ramp up (by clients) of internal hiring teams and those clients implementing different, alternative models for recruiting staff, such as RPO’s (Recruitment Process Outsourcing)  and MSP’s (Managed Service Providers). These are not necessarily new models, and this is really to be expected in a slow market where it is easier for clients to source mainstream roles directly.  This means that we may only be given the more hard to fill, niche skill sets, where clients often struggle to source good talent directly, or maybe a large volume need, where they need additional external help.”

And, concluding his observations on the recruitment industry servicing the IT sector, Thomson returns to his earlier point about adding value and adapting your approach so that clients see the worth of hiring professional recruiters to look after their specialist IT staffing needs.

With a shrinking pie, clients under continuing cost pressures, and the Federal Government sector putting the brakes on spending, it is sound advice from Thomson.

Adding real value is king, as it always has been in the services, contracting and consulting business.

BACK TO HOME PAGE
Published in Recruitment Feature
Tagged under

More in this category: ‘Back to the future’ for the IT recruitment industry »
Share News tips for the iTWire Journalists? Your tip will be anonymous